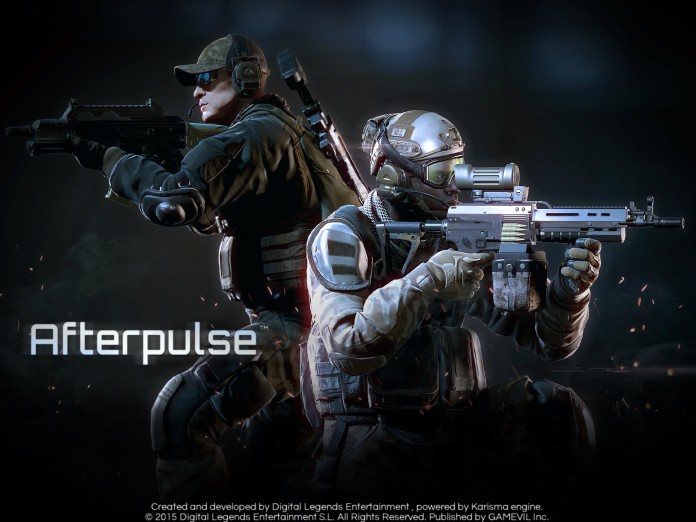 While mobile gaming has come a long way and is still progressing, there is a certain snobbery among those who still view mobile gaming as something shallow with one of the main taunting points being that many franchises don’t get ported/remade for mobile. So it’s up to developers and publishers to bring an experience that, if not completely matches what the console and PC gamers are playing, at least comes close to it.

And that brings us to Afterpulse, Gamevil and Digital Legends Entertainment take on the Call of Duty franchise (albeit 3rd Person instead of First Person).

For something that weighs in under 400MB, this is a fantastic looking game, something which is evident before you even get to play the game; The UI is futuristic and sleek, your character model looks something that would belong on a decent PC… In short, it looks very professional. And the levels, while hardly original, do look impressive with good use or urban colours without making it too samey. This is one game you can graphically show off to people who think mobile devices weren’t capable of such things. As for playing Afterpulse, the main draw to you will be the multiplayer but there is a catch; You can’t play it straight off the bat. Instead you have to go through the tutorial while doing some training matches (basically Multiplayer against AI Bots) to build up your experience and gain enough levels to unlock the true Multiplayer. It’s a bit annoying but it does give you a chance to get use to the controls and it will only take 30 mins to get through it so it’s no deal breaker.

With the controls, they work well overall and the semi-auto assist aiming helps but at times, it can be hard to swivel round when you’re caught blindsided before you’re killed and the left thumb can get sticky, making it hard to move effectively.

Then there is the fact that since this is a game that uses premium currency and there is a RPG-lite system in improving your weapons, there will be players with better loadouts able to soak up your best shots and kill you quickly in return. In fact I’d suggest that, since you’re given free gold to start off with, to spend it straight away in hopes of getting better equipment so that you have a fighting chance. Add to some other minor annoyances such as needing the game on or your weapons stop getting repaired and sometimes being outnumbered because people drop out and you may question what is it that makes Afterpulse more than a tech demo? Because it’s very fun to play. Sure (for now) it’s bare bones but matches are quick, tense and satisfying when you kill someone who’s been dominating or getting revenge.

Afterpulse may have some niggling issues that makes one aggravated. But it’s free, does not take much space on your mobile device and surprisingly has that “one more match” pull that makes it something quite impressive and enjoyable. Gamevil could be onto a winner here. 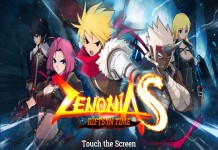 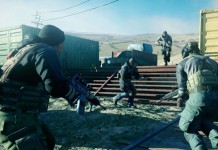 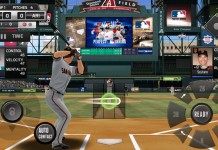 MLB Perfect Inning Coming Next Month On The App Store