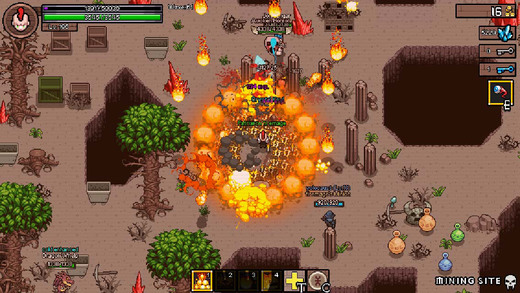 The action game Hero Siege, published by Panic Art Studios, has been made available on the App Store back in 2013. Following the release of iOS 8, however, the team was forced to remove the game as they were having issues making it work on more recent devices.

All those who wanted to play the game but were unable to purchase it, will be happy to know that Hero Siege is now available once again on the App Store and is now fully compatible with iOS 8.

Hero Siege is a rather straightforward hack and slash game, where players will have to traverse the battlefield of Tarathiel and kill anything that moves. Before the beginning of the game, players will be able to choose a class and a weapon of choice.

Hero Siege also sports some roguelike games features such as the game over mechanics and the procedurally generated dungeons. This, unfortunately, leads to some balancing problems that might make the game way too hard for some players.

Hero Siege is now available on the App Store in all regions for $2.99. The game is a competent hack and slash game so make sure to check it out if you never had the chance before.