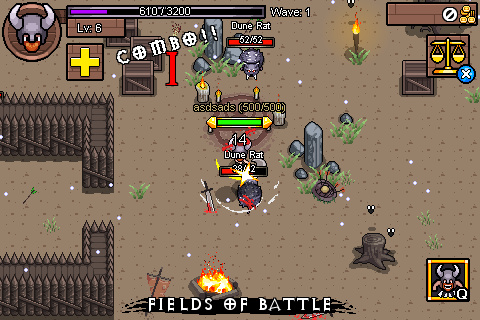 Hack and Slash titles are usually pretty simple titles where the thing you’ll be doing more often is cutting your enemies into piece. Or die trying.

Despite being so simple, there’s an undeniable charm in these games, especially in those that have been clearly inspired by older games.

Hero Siege is such a game. You will have to enter the battle field of Tarethiel in order to defeat a huge number of enemies. And don’t think you can do it easily, as these enemies have come straight from Hell. Scary.

In true hack and slash fashion you will be choosing a class, a weapon of choice and beging exploring the game’s locations.

Hero Siege has also a roguelike influence, which is pretty evident in the game over mechanics (you start from the beginning of the dungeon if defeated) and the randomly generated dungeons. These dungeons will never be the same so you could be playing for a real long time and never realize it.

Hero Siege is going to be available on December 18th. The game will be available for both iPhone and Ipad. Check out some enemy slashing action in the gameplay video which is found right below. This one is not randomly generated so watching it more than once is not going to change it.