Home Mobile Gaming News A Game of Thrones: The Board Game – Digital Edition Is Now... 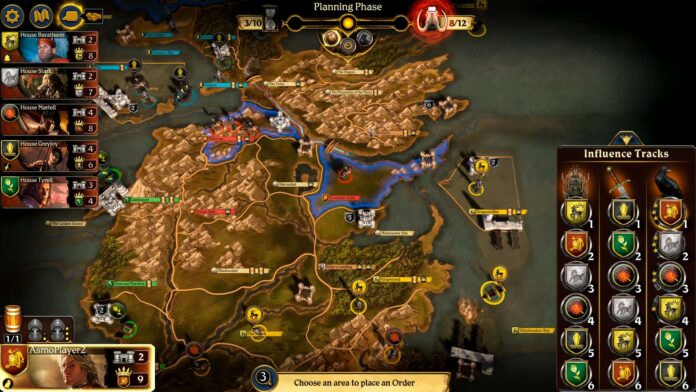 Digital versions of popular board games have been making their way onto iOS and Android devices for a few years now, allowing players all over the world to enjoy these experiences in a whole new light. Another one of the adaptations has been released online, one that is sure to become extremely popular thanks to the franchise it is based upon.

A Game of Thrones: The Board Game – Digital Edition is now available for iOS and Android globally. Developed by Dire Wolf Digital, the game is based on the A Song of Ice and Fire novels by George R.R. Martin, letting players play a part in the War of the Fire Kings.

Picking one of the six Major Houses of Westeros, players will have to lead it to victory in 10 rounds, managing troops, engaging in diplomacy and more.

The new mobile version of A Game of Thrones: The Board Game – Digital Edition comes with some new features not seen in the Steam release. The iOS and Android game features a reworked interface better suited for touch screen controls, asynchronous multiplayer, solo play and more.

A Game of Thrones: The Board Game – Digital Edition is now available globally on the App Store and Google Play Store.