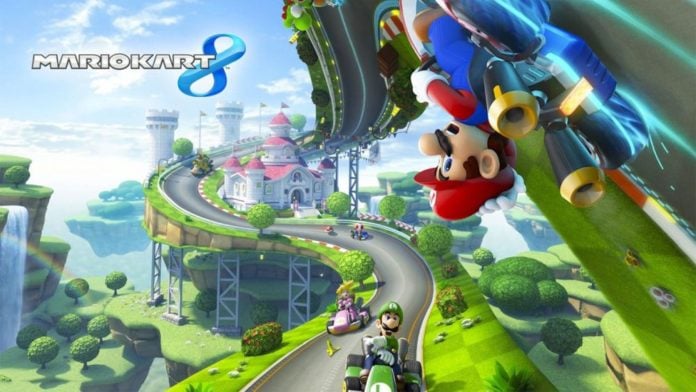 Previous Nintendo consoles like the Wii and Wii U consoles didn’t get many racing games, but those that did make it to both consoles were quite good. The situation is slightly different for the Nintendo Switch, as the hybrid console is actually receiving quite a few of them, ranging from arcade racing games to simulations and futuristic titles, all really fun to play.

Below you will find the best racing games currently available on Nintendo Switch, in our opinion and in no particular order. One thing is certain: you will surely find at least a few favorites below!

Cars 3: Driven to Win is based on the film Cars 3, something that makes the game more suited to those who have liked the movie. Albeit the game is competently made in its own right, it doesn’t try to do anything truly different.

One thing that makes Cars 3: Driven to Win stand out from the competition is the good amount of play modes which make the experience more varied.

Alongside the regular Race mode, where players simply race on a variety of tracks, Cars 3: Driven to Win features Battle Race, which adds weapons to the mix, Takedown, where the main goal is taking down as many opponents as possible, Stunt Showcase, which tasks players in getting as many points as possible while performing tricks, and Playground, a sandbox mode where players can do anything they want without any limitation.

Cars 3: Driven to Win may not be most innovative racing game on the Nintendo Switch, but it’s definitely a very nice experience that can keep players of all ages entertained.

Nintendo has seemingly forgotten the F-Zero series, so it’s been up to other developers to fill this void with their futuristic racing games. Among the best games inspired by the classic Nintendo series is Fast RMX, developed by Shin’en Multimedia.

Fast RMX can be a difficult and frustrating experience, but there’s no doubt that it’s among the best available on Nintendo Switch.

Gear.Club Unlimited is one of the few racing games on Nintendo Switch that takes a more realistic approach, without being excessively complicated.

Play modes are also varied enough, featuring the simple Race mode, Rally mode and Time Attack mode. The game also features a very interesting mechanic called Rewind, which allows players to turn back time in case they have made some mistake.

While Gear.Club Unlimited received a sequel in late 2018, the first game is considered the best of the two, so make sure to give it a look if you’re looking for a realistic racing game to play on the go.

Gotcha Racing 2nd is among the most unique racing games currently available on Nintendo Switch, as it features an old-school racing experience updated with modern mechanics and a gatcha element that makes it extremely engaging if you’re into customization.

Gotcha Racing 2nd is played from a top-down perspective like many classic racing games. The game features 16 different courses as well as several play modes like Grand Prix Mode, Time Attack Mode and a VS mode which supports up to 4 players simultaneously.

While the game feels like an extremely basic version of the classic Micro Machines games, without the creative track design, Gotcha Racing 2nd manages to be extremely engaging thanks to the 700 different parts which can be obtained by simply playing the game.

These parts all influence a car’s performance, and can even be fused together to create new parts. With such freedom, there’s no better racing game than Gotcha Racing 2nd for those who like customizing cars.

GRIP: Combat Racing is yet another very good futuristic racing game featuring an experience focused on combat as well as on racing.

While Fast RMX is inspired by F-Zero, GRIP: Combat Racing is inspired by the two Rollcage games, meaning that players will have to race through some gravity-defying tracks which thankfully never feel too overwhelming. The game also features plenty of different vehicles with different stats, a lengthy single-player campaign, and a robust online mode.

GRIP: Combat Racing is the racing game to get if the other combat-focused games available on Nintendo Switch aren’t fast enough.

Like Gotcha Racing 2nd, Mantis Burn Racing is a top-down racing game, but unlike the game developed by Arc System works, it feels extremely modern in pretty much every area, making it one of the best racing games available on the Nintendo Switch.

For starters, Mantis Burn Racing features an extremely compelling Career Mode which will put your driving skills to the test in 9 different seasons. During this campaign, players will also get acquainted with the game’s unique progression system, where players can alter and improve their cars’ performance in an RPG fashion.

Once you are done with Career Mode, you will also be able to enjoy 10 different play modes which add some variety to the experience as well as local and online multiplayer.

With so many features and a huge amount of content, Mantis Burn Racing can keep racing games fans engaged for a very long time.

Sadly, the game comes with the same content seen in the original Wii U release, including tracks, vehicles, and characters, with only a few tweaks here and there that do improve the experience without completely altering it. But this isn’t a bad thing at all, considering how good the original Mario Kart 8 is.

Whether you’re playing the game by yourself or with others locally and online, there’s no better choice than Mario Kart 8 Deluxe.

The Road Rash series is fondly remembered by those who have been playing video games for a long time thanks to its unique premise, which sees players take part in a variety of races where every tactic is legitimate to win. A new entry in the series hasn’t been released in a very long time, so Road Redemption had to fill this void, and it managed to do so in the best possible way.

While clearly inspired by the classic racing series, Road Redemption is much more than a tribute to Road Rash. Set in a post-apocalyptic world, players join a biker gang as they travel all over the country and take part in brutal races, robberies and all sorts of criminal activities. The best thing is that weapons are not only allowed, but their use encouraged: swinging a bat at someone while driving a bike is extremely satisfying.

Making things even better is the character customization system, which allows players to unlock skills divided into different skill trees once enough experience has been obtained. The combat system is also surprisingly deep, which helps the game stand out from the competition.

Road Redemption is unlike any other racing game on the list, as it’s more focused on fighting, but if you’re looking for something truly unique, you should look no further.

The original Out Run has influenced racing games too many to number, and the SEGA AGES release allows Nintendo Switch owners to enjoy the game on the go in all of its glory.

Having been released many years ago, Out Run lacks the polish of modern racing games, but it still manages to be a very engaging game in its own right. Out Run features 5 different tracks, but the total number is slightly higher, as, at the end of each track, players can decide which path to take. The different paths are quite different from one another, so players are encouraged to check all of them out.

Aside from this, the game plays like a traditional arcade racing game, where players must avoid obstacles and other cars to get at the end of each track. Out Run may not be the deepest experience around, but it still manages to be enjoyable over 30 years after its original release.

Some of the games in this list are extremely unique, but none of them is as wacky and innovative as The Next Penelope.

Right from the premise, it’s clear how this game is unlike anything released before. In The Next Penelope, players take control of Penelope, who goes in search of Ulysses, missing in outer space. This futuristic take on the Odyssey could already be enough to catch players’ eyes, but things get even crazier.

The Next Penelope is part racing game, part shooter game. The game features a lot of different planets that can be explored in any order, and each race features a different objective. There are also several bosses to defeat which also drop their weapons once defeated.

The combat system in The Next Penelope is also extremely interesting. The ship’s health and weapon energy belong to the same bar, and using weapons consumes it, forcing players to think carefully when and how to use them.

With its colorful graphics, unique premise, excellent risk-reward system and plenty of content, The Next Penelope is among not only the best racing games available on Nintendo Switch but also among the best games ever available on the console.

The most recent release on our list, MotoGP 20 is definitely pushing the Nintendo Switch to its limits and delivers an unprecedented experience on Nintendo’s console. One that you will definitely love!

Jump straight into the Managerial career mode and join an existing team or a brand new one, customize your ride and work your magic to win every race. Also, enjoy a brand new game mode that allows you to compete agains legendary riders from the past. A must have for bike fans and more!

A fast paced, retro styled, arcade racer that you will fall in love instantly. Extremely complex too, offering you a ton of customization options and behind the hood modifications, Super Pixel Racers is a lot more than first catches the eye.

You will race against other cars, be able to destroy them, unlock new cars and upgrade schemes, and enjoy the varied game mode where one thing is more important than others: having fun. And indeed you will have fun if you try this game out!

If you’re all about dirt racing and driving, then hop into a big-name buggy in Overpass and enjoy the ride. You will have to prove your driving skills in very tight situations that are extremely challenging, as any off-road driving experience should be.

Pure speed is not the name of the game; you’ll need to master the realistic terrain physics and unique characteristics of the game’s vehicles. Carefully select your UTV or ATV, plot your route intelligently, and manage your acceleration to dominate in local and online competitions.

If you’re looking for an alternative to Mario Kart 8 Deluxe – or something very similar to it – then Garfield Kart Furious Racing is your best bet.

Play as various characters from the Garfield universe and kart according to their unique characteristics, doing everything possible to win. With various power-ups to use during the races and various shortcuts to discover on each track, this is a fun game for the entire family.

We’re not switching to a realistic simulation of street racing, one that will appeal to those who enjoy tinkering their vehicles to the last detail. This means that you are allowed in this game to build your car up exactly as you see fit before taking it out on the streets to prove that you built the best car possible.

The game includes a single player campaign (career) mode that will challenge you to beat 60 increasingly difficult missions, but you can always take a break and test your might against your friends and family in the split screen multiplayer mode.

These games aren’t the only racing titles available on Nintendo Switch, but we consider them to be the best. Any game you feel deserved to be on this list? Let us know in the comments.