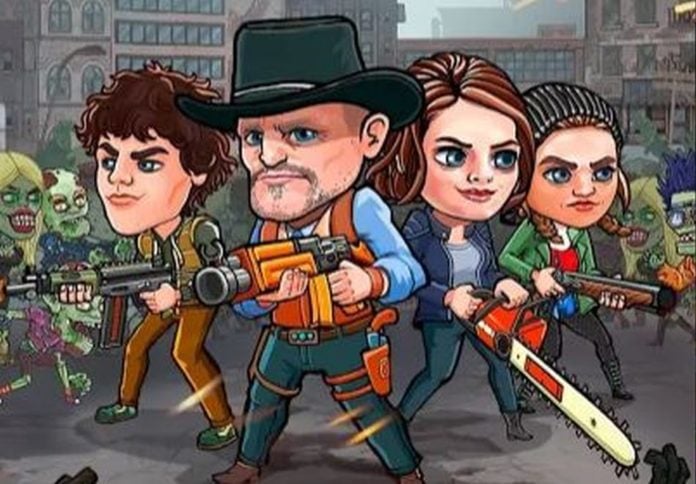 In today’s article we are going to cover all of the Zombieland: Double Tapper tips and cheats and help you pass the game’s stages much easier than you would imagine!

You’ve probably seen the movie with the same name, Zombieland, where Twinkies are basically the most important thing in the world! Yeah, no joke, you will have Twinkies as the main currency here as well! So if you thought that was just a marketing scheme, well, you shouldn’t be surprised to find it here as well!

But we talked enough about Twinkies – in this game you will have to tap on the zombies to keep on shooting them non stop and deal more damage, as to unlock new areas where your team can advance to.

That can be done only by passing a lot of stages, so if you want to learn how to do that and how to do it much easier, then you came to the right place! So let’s not waste another second and dive right into the Zombieland: Double Tapper tips and tricks right here below!

Since this game is a tapping heaven, you should prepare your fingers because you will have to tap quite a lot. Tapping means that whenever you do it, you deal more damage.

By tapping you are adding some extra damage to how much your heroes are already dealing passively, so it’s always good to do that especially if you are going against big hordes of zombies.

The big hordes are especially difficult to deal with, but if you manage to take them out quickly by tapping, then it’s not going to be that difficult in the long run.

How tapping works: Basically for every tap that you do on your device’s screen, you will do damage equal to 25% of the lowest hero primary damage! So for example if your hero has 2.20M damage, you will do 550k damage per tap.

That’s pretty good, especially when there are a lot of zombies running towards you and you want to stay alive.

So therefore I suggest that you always try to tap whenever you are against bosses or big hordes, otherwise you can leave the game to fight on its own. Fighting automatically is OK for the stages where there are just a few zombies running around, but it’s definitely not going to work if you are dealing with the hordes.

Progress through the stages

You should try to always progress through the stages, because they will unfold the game’s story and you can explore a lot of new locations that way. The stages have significantly less levels than the daily challenges for example, which can have hundreds of levels.

I suggest that you try to progress a little through the stages of the game so that you will get used to how it works, because even if I explain that you will have to fight zombies in waves, you will still have to see that for yourself!

The stages can be seen in the top side of the screen, along with the number of waves between the stages, so it’s not all random and endless fighting!

Try to always progress as much as you can, because the progress will help you unlock new areas and features and that’s always something that you should have in mind, if you want to advance and clear the world off zombies!

Tap the flying bird with a box

You will spot a bird flying on top of your characters every now and then, and you might notice that said bird is carrying along with it a big crate. All that you have to do is tap on the bird, and it will get shot and drop the box it’s carrying.

Make sure you do that, because the box that bird is carrying contains extra cash, so it’s an easy and free way to make the upgrade to your characters much easier. The box will contain random amounts of coins – not too much, and not too little either! Just make sure that you will shoot it down and you’re good!

Do the stages before the daily challenges

I suggest that you first try to complete the normal stages (such as the Boston, Augusta, New York and so on locations), because if you are just at the very beginning, you will not have some extra characters to deploy, so it’s better to progress in the game first rather than do the daily challenges.

These daily challenges are in locations such as Armory Run, Key Master and so on, which have 200 stages. The normal levels will only have like 10-20 or so stages, so you will complete them much faster.

My tip here: It’s better to do the stages and advance as much as you can, and once you cannot progress any further, then you can go ahead and do the Daily challenges. However, if you have just a couple of hours left on the daily challenges, try to complete that then!

Place the heroes in the right position

You will be able to select several heroes, and you should make sure that you are placing them correctly, because otherwise you might end up doing a very bad thing. The heroes that can go in the Front should be the tanks, and on the Back should go the damage dealers and some supports.

Pay close attention to this, and while you are sporting the mighty Billings, always place him in the front!

The front heroes will tank the damage before the ones at the back, so therefore they are made by default to be tankier.

Check out the Events tab

In the Events tab, you will be able to check out the tasks that you can complete in order to claim various rewards, and so think in advance as to what you want to go for in the game.

Head on to the main map location, and there you can see in the top right corner of the screen a button with a golden cup, “Events”. Tap on it and you can see several tabs in the window which will open. Let me explain what each of them are:

– Journey Begins: these are rewards which can be collected once per day, every single day for 7 days, and they are super useful, especially since on days 6 and 7 you will receive Springfield Shards and Sleek Gun.

– Adventure Begins: some cool and useful rewards which give you EXP and various other loot items, and you can see the list of tasks that you need to complete in order to claim them, on the right side.

– Nut Up or Shut Up: these rewards are not super easy to obtain, because the tasks are not that easy, but if you advance in the game, you will unlock them sooner or later.

– Finding Tallahassee: These rewards are super good, but obtaining them will require quite a bit of investment in the game: both in terms of gameplay and time, because they are going to unlock you Tallahassee, an Epic Quality Tank.

– Daily Quests: These quests are pretty easy to complete, and more often than not you will complete them while casually playing throughout the day for a couple of hours.

– Weekly Quests: these quests are found also in the Daily Quests tab, but you will have to select from the bottom side of the screen the “Weekly” tab. There you will find a few tasks which you should be looking to complete during the week. You can see the timer left for them under the “Weekly” tab!

– Survivor Recruitment: the rewards you will obtain here are for simply summoning more survivors! Once you have summoned 10 survivors, you will be rewarded with 5x Sim Cards and 150 Tokens. For every certain number of summons you will receive increasingly more such rewards! So all you have to do is keep on summoning.

Your heroes can be evolved and thus increase their default power, by simply collecting plenty of hero shards and by using Tokens. The hero shards will be rewarded to you either from various summons or by completing certain quests and tasks.

I suggest that when you have collected enough hero shards, you should go ahead and make the upgrade because you will see quite a big difference!

However, since Tokens are not all that easy to come by, make sure that if you see that you have collected for example 30/50 shards for a hero, you don’t go ahead and spend the Tokens right away, but rather save the 100 Tokens needed for the upgrade at least!

While you are fighting the zombie waves, you probably know that you can make various upgrades! Every 10 upgrades that you make, you will receive 1 Skill Point, which you can then allocate into one of the skills that survivor has.

I suggest that if you want to advance quickly, you will try to put some priority on certain skills first, such as Death Rain from Houston (for additional orbital laser strikes), the Fireman Biceps from Billings if he is on the front line (as he should be) and other such useful skills.

Eventually you will max them all out, but for now make sure that you put some priority on certain skills so as to make your hits more powerful and deal more damage!

These Rules are basically some passive stats that will apply all throughout Zombieland, and will help you survive as much as possible. The Rules will cost 500 Brain to unlock a new random one, but they are super useful as they are definitely worth it.

To discover a new rule simply head on to the main interface -> Rules -> Find Rule (costs 500 Brain) and if you have an empty slot, it will be automatically “equipped”.

You can unlock the fourth Rule slot with 150 Twinkies, the fifth slot with 200 Twinkies, and the sixth slot after completing Boston.

Make sure that from the very beginning you head on here and select to “Find Rule” again, so you will have a second rule equipped.

Every single day you will be able to benefit from various goodies from the Market, even if you are a f2p player and not a premium player. Go to the main interface -> Shop -> Market and there you can claim the very first reward for free!

The other rewards cost either Twinkies or Tokens, but make sure that you don’t spend all of your Tokens if you can make a survivor upgrade soon! You will need them for the upgrade!

The rewards here will refresh every day, so make sure that you check back daily and claim the free rewards, but also keep an eye out for the offers!

Summon for free every day

Every single day you can summon one free “Hero Summon” which can give you any new hero, or shards for the heroes that you already own. This can be done for free every day once, and the same goes for the “Equipment Crate”.

Make sure that every single day you log in to summon for free, even if you don’t really plan on playing that particular day. By doing so, you will keep constantly collecting heroes and shards and you will eventually make upgrades! 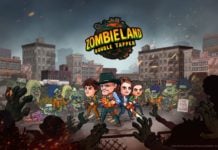