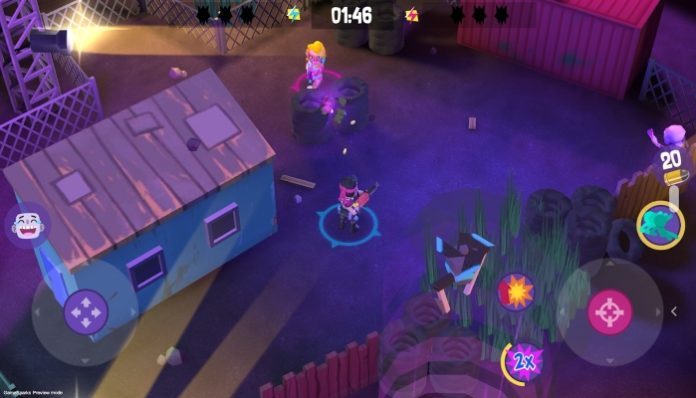 The zombies are out to feed, and you have got other people trying to hunt you down in the chaotic battle royale Zombie Paradise – Mad Brains!

This game plays like a typical battle royale game, but you have to factor in the zombies as they can change the whole game! Our Zombie Paradise – Mad Brains cheats and tips will show you how to dominate on the battlefield and collect more heroes and weapons!

When you are playing in any of the player versus player modes, you should know that zombies will drop soda cans upon defeat. For every soda can you have in your possession (as indicated by the number next to your hero), your damage will increase. When you have around ten soda cans, your damage will significantly increase and you become much more dangerous.

At the start of a match, it may be advantageous to simply walk around and hunt zombies down for the time being. If you can get a lot of cans, you will have the upper hand against your opponents. 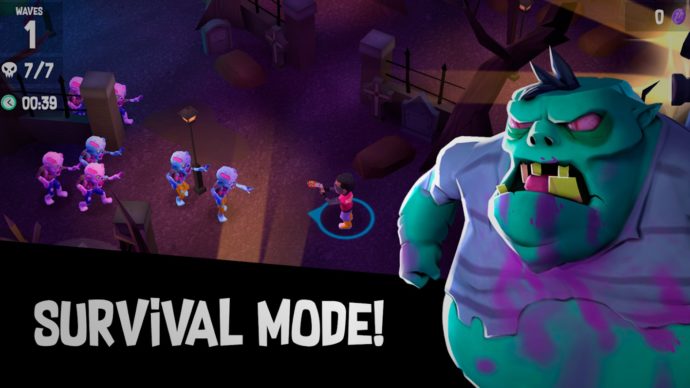 Use the bushes to your advantage!

If you enter the bushes without firing your weapon, you will be completely hidden and remain so until you take a shot. Take advantage of this by hiding in bushes and ambushing unsuspecting players! Just be careful though, as zombies will not be fooled by the bushes – they can smell you!

Zombies will follow you into bushes if they were already chasing you, and they will give your position away as you will be revealed if you take damage. Conversely, you can also use this as a way to see if another player is potentially hiding in a bush. See zombies going into a bush? Watch out!

While Mike – the starting hero – has good stats and his Heal skill is useful, he is almost completely outclassed against the other three heroes. You should save up 700 coins as soon as you can in order to unlock a new hero. The other three heroes are all good, so there is no wrong choice.

We do highly recommend Jenny, however. She has the lowest base health out of the four, but she has the highest movement speed. In addition to that, her skill allows her to become temporarily invincible, arguably making it the best skill. Claude’s double damage is really awesome too, but he is a bit harder to use with his low movement speed. 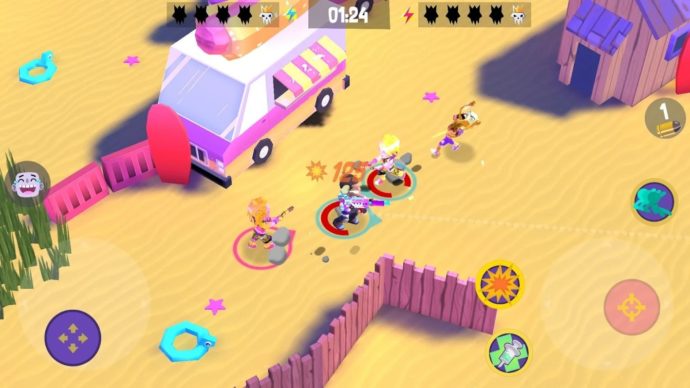 Stay on the move and dodge roll a lot!

Your dodge roll is an incredibly useful tool – make sure to use it! You can use it to escape zombies, get out of a bad situation, avoid traps, or just make yourself a harder target to hit in general. It has a very short cooldown as well, so do not be afraid to use it when you are in a pinch!

Watch for the air drop package for weapon skills!

Each weapon has a special skill that can be unleashed upon collecting air drop package. The skills vary, and they are all helpful in their own right.

The Pistol drops a stationary turret that shoots energy spheres, while the Assault drops a power amplifier that powers up you and your teammates attack power, and so forth. Try to beat your opponents to the packages to deny them their weapon skills!

Complete your missions and collect your rewards!

Every time you win a match, you will be rewarded with a temporary tape. If you collect three of these, you can activate the tape recorder to get a bunch of coins and premium currency tapes. You will have to wait a couple of hours afterwards before you can start earning temporary tape again.

In addition to that, going into your Missions will bring you to your daily quests. You can complete three of these to receive coins and tapes. Tapes are important as some weapon skins can only be bought with tapes, and weapon skins actually change the weapon skill as well.

That’s all for Zombie Paradise – Mad Brains! If you have any other tips or tricks to share, let us know in the comments below! 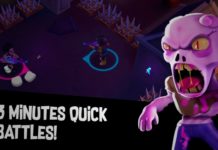