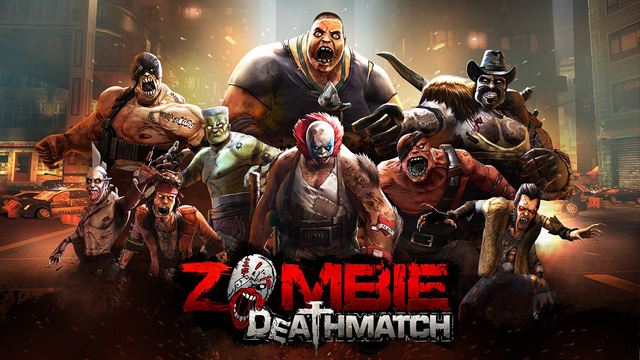 In the distant future, a man made serum is created that transformed humans into zombies. A sinister evil plans to use this power on mankind, and now it’s up to you to create and train a team of fighting zombies to take on the evil that is Papa Rainbow. Zombie Deathmatch is a simplified swipe-based fighting game. Recruit and train a variety of killer zombies and take on the best of the best in a fight to the death! We’ll help you conquer all the challenges with our Zombie Deathmatch cheats, tips and tricks strategy guide!

1. Keep the class system in mind!

Zombie fighters are categorized into one of the three available classes: Mauler, Stalker, and Brute. Maulers beat Stalkers, while Stalkers beat Brutes, and Brutes beat Maulers. Keep this mind if you’re having trouble with a difficult battle – choosing the right class might just give you enough of an advantage over your opponent, as it will reduce the damage they do and increase the damage you do!

2. Complete all the challenges!

Each battle has four optional challenges that you can do. Completing a challenge will reward in skulls; each battle has a total of five skulls you can collect. Be sure to do them, as you’ll earn some coins as well! Skulls will unlock additional battles later on, so you’re going to want to collect as many as you can.

Prize fights are unlocked as you progress through a league. They’re like side missions; they are not required to be completed for you to move on, but you can tackle them if you want. If you’re hurting for some money, try fighting in a prize fight. Do well and you’ll earn a lot of rewards and cash!

Are your favorite zombies getting ripped to shreds in fights? Try upgrading them! In Zombie Deathmatch, the difficulty ramps up pretty quickly. We were already having trouble by the end of the first league, going up against Jubalhaas. You can upgrade your zombie’s health and power or special attacks. Try to prioritize health and power, as it’ll help your zombie stay alive longer and dish out more damage.

5. Give your zombies some gear!

Your zombies can be outfitted with a weapon and some armor. Although equipment is super expensive, it’s usually worth it and can be the boost needed to beat your opponents. Consider investing in some equipment, but make sure that you keep it in top shape! Every fight you bring equipment in, its durability will drop by one. You need to keep to repairing them!

You’re going to feel like all you need to do to win a fight is just swipe all over you screen as fast as you can, but don’t do this! Control your swipes and watch your opponent. The game lets you input moves at any time, which means that you might miss if you just do whatever. Is your opponent far away? Try using a projectile attack! Also, watch for when your opponent is about to strike. Remember to hold down two fingers to block!

Each zombie has their own set of attacks. During a fight, you can pause the game and check your zombie’s command list. Every move has its own properties, so if you want to succeed in the later fights you need to learn all of your zombie’s moves. Some moves are projectiles, which means your zombie will back up and fire it from across the screen. Some moves are grapples, which cannot be blocked! This goes double for the special attacks. Each special attack has a mini game when started up, and you can boost the damage of the attack if you do the mini game right.

That’s all for Zombie Deathmatch. If you have any other zombie-slaying tips or strategies, leave a comment below!