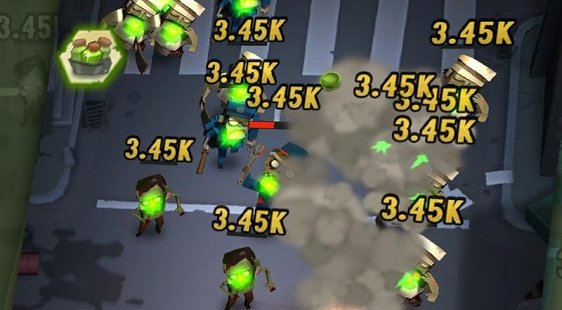 Zap Zombies is a game that has been already out on iPhone and iPad for a while, but has recently been released on Android as well. And since the endless clicker is one of the better games out there in this genre coming with a nice and fresh approach, I decided to come and share with you a bunch of Zap Zombies cheats and tips. With out complete strategy guide, you will learn everything about the game and how to improve your play in order to get the most out of this great title for Android and iOS powered devices.

So let’s not waste a single second! There are a lot of brain hungry characters out there for us to destroy! Let’s check out below some Zap Zombies tips and cheats!

1. Upgrade everything
I think this one is pretty obvious: upgrade your main character in order to increase your tap damage, but also unlock and upgrade the other survivors. The additional survivors are extremely useful because they do damage even when you don’t tap the screen, so try to find the perfect balance between upgrading your main character and the survivors

2. Keep the Gold Mine running
The Gold Mine is unlocked once you reach stage 10 in the game and it’s extremely important as it gives you gold which can be spent on some really valuable upgrades. However, the gold mine fills up relatively fast, so make sure you come back from time to time and spend the gold it has gathered automatically. You should always upgrade the gold mine in order to have it hold more gold, but always make sure to spend all or most of it before you leave the game so that you don’t lose any gold!

3. What upgrades to buy with gold
First of all, you should make sure to purchase one of each upgrades available as soon as you have the money because the first purchase gives you a massive bonus. Future upgrades only increase the bonuses by a little bit, but eventually you will get them too. I personally believe that the most important upgrade to focus on is Zombology as it increases the damage of all your survivors. Get Marksmanship second, whenever you have extra money, and also the Enzyme bonus. This is the smallest bonus of them all, but it adds up in the long run.

4. Watch the ads!
Ads are extremely rewarding in this game, especially early on. The amount of gold or Enzimes you get from watching the ads is huge and allows you to purchase a ton of upgrades, so make sure that you watch the video ads in Zap Zombies as often as possible if you want to progress a lot faster.

5. Leave the game running
It appears that the game doesn’t automatically progress through the stages unless you are there to play, probably because your companions are too slow to take out the bosses. But you can leave the game running while the charger is plugged and only tap when you’re at a boss stage. For regular zombies, even if they reach the barricade, it doesn’t matter: your survivors will take them out one by one as the barricade is invincible.

6. Awaken every 100 levels
It appears that the game rewards you with extra biochips for every 100 levels that you complete, so try to Awaken after you complete a new set of 100 levels. So awaken at 100 the first time, go as far as possible the second time, awaken at 200 the second time then increase by 100 each time in order to maximize gains from awakening. And when it comes to spending the biochips, I would definitely go for Obedience first in order to upgrade your characters faster.

7. Don’t forget about the skills of the characters!
I say this because I usually do. Tapping your characters activates their special skill, which goes in cooldown mode afterwards. Make sure you use those skills as often as possible, leaving the ones of your fellow survivors for difficult boss battles.

These would be, for now, our Zap Zombies tips and tricks. If you have other strategies for fellow survivors, let us know by sharing a comment below!