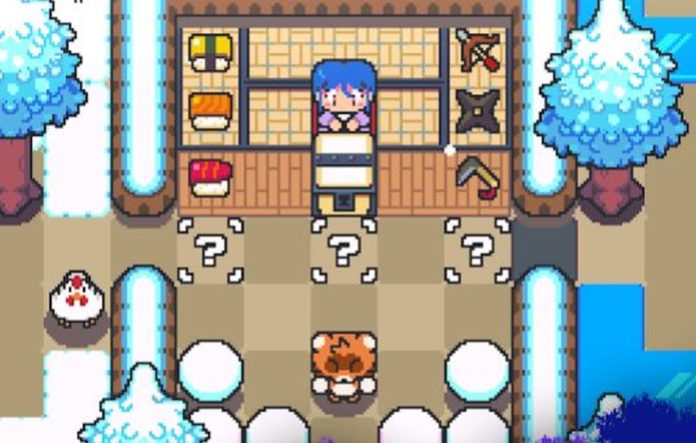 In today’s article we are going to cover all of the Yokai Dungeon tips and cheats to pass through the dungeons and handle them like a real pro.

In this game you will face a ton of challenges, and if you don’t like getting chased Pac-Man style, then this might not be the ideal chilling, relaxing game that you might expect. You will have to rush and hide or defeat the various enemies that appear, and sometimes you will face mighty bosses that are looking to crush you down!

So I could safely say that this game might not be for the faint of heart, but you might already know that since you are here already! But you are here for the Yokai Dungeon tips and tricks, so let’s not waste another second and dive right into them!

One of the most important things is to get used to how you need to maneuver your hero around. It might seem easy, since the controls (arrows / buttons) are right there, but if you are in a rush you will not really want to spend any time checking if you tapped the button or the empty space between them!

That is why I highly recommend first just playing around with the controls a little to get used to them. Try moving around looking at the screen to see where you are tapping on the controls, then slowly try to never look at the controls again and only at your character.

Once you mastered this, it’s time to move on to the next step and keep on advancing in your adventures!

Take your time, watch before you strike!

You should always be content with your moves, and never rush into any running enemy because you might end up losing a life, or all of them! You should take your time and look at the enemy’s movement pattern, no matter if it is a boss or a simple foe.

The movements of the enemies might have either a fixed trajectory, or a mobile one, where they set their target on you. If that is the case, then you need to be very careful and always be prepared to move in case you see them approaching (unless you are OK with losing some HP).

This is super important especially versus the bosses. When you are facing bosses, before you launch any attacks you should first walk around a little and wait for them to strike first so you will know exactly what to expect and when it is safe for you to move and attack.

Destroy everything! (but planned)

I am not sure if you noticed or not, but whenever you are destroying a pot or various objects, you might find Gold inside them! Since Gold is something that will help you unlock more characters (with different stats) you should think about starting to collect enough so that you can unlock them.

I suggest that you start destroying all the destroyable items that you can find in a stage, but ONLY after you made sure that you do not need them for anything else (for example to push them into an enemy). If you need to destroy some enemies beforehand, you should then attack them with the objects first (throw the objects into them – more details below) before you actually think about only destroying them.

When you throw an object into either an enemy or a wall, the item will be destroyed and it will spill whatever it is inside of it, which takes us to the next point!

Throw objects and pick up the loot in time!

Your little Tanuki (assuming you are still with the default character) and all the other characters have only one way of dealing with the enemies: throwing objects at them in order to crush them.

You should use what we mentioned before and wait patiently to see where they are moving, while in the meantime you are repositioning yourself behind a throwable object. Once the enemy is in the right position – STRIKE! This is the safest way to hit them guaranteed.

Whenever you crash and destroy an item, it can drop Gold! Always pick up the Gold quickly, else it will disappear after some time! If you don’t want to lose it, make sure you are quick on your feet and with your decisions!

No matter what – do not get stuck!

If you are trying to move blocks around and try some weird mumbo jumbo, then you need to keep in mind that you can also get stuck. Always try to think ahead your movements, so that you will not have any such issues, because if that happens you will not really have a good time.

It is especially difficult to do this in certain stages, so you should take your time and check out the map outline as much as you can before you actually start moving stuff around. If you move the wrong stuff, you might end up stuck and that is not what you want to do now, is it?

Explore as much as you can

In the top left corner of the screen you will see some weird connected blocks. This is basically your minimap which will show you roughly the outline of the stage you are in. Always explore the outsides of the areas whenever you can, before you start progressing and moving stuff around.

It’s better to explore and know exactly what you are heading into before jumping in head first, because you might be headed in the wrong direction, so we will have some small issues then.

Try to go outside of the middle part area (outside of the walls, you will notice that you can freely walk around there) and see the level from various angles – you might even make some cool discoveries! (or you can play with the random chickens that you can find in some stages)

Always look for the shops!

In the Shops you will be able to get some items that can help you in your journey so I really suggest that you look for these. At start, you will have one super early on, so definitely do not walk out of it before you pick up an item.

The items you can find in shops can really push you forward in your journey, because they will give you various boosts or bonuses. Some will give you extra speed, which is always good to have!

You need to keep in mind that you will not always run into shops at every corner! When you arrive at your very first shop, you should pick up the item which you think will be the most useful all throughout your journey.

Get the special item from the shop

If you are still at your very first shop, you will have the option to choose the item in the middle which is a random super rare item. You can receive this by watching a short ad, which in return will give you a random item which is supposedly very good.

I suggest that you watch the ad and receive the item, but think well before selecting that one over the others – if it goes well with what you are playing and your play style, then by all means go for it! Otherwise, try one of the others.

Picking this item can be super good even for the late game, because if the item you receive is great, you might not even need to change it ever again!

Fight the bosses with patience

The boss fights will be a little difficult at start, until you figure out how exactly you need to go about this. Since the only way of fighting the bosses is to throw items and blocks at them, you will need to master this technique!

Try positioning yourself in various locations so you will always have a clear aim at the boss with the item in front of you. Of course, do this only after you have carefully waited and learned the boss’ walking and attacking pattern.

It’s good to always count in your mind how many seconds you have until the boss will attack again and use that to know exactly when to strike.

Since all attacks are basically you smashing the boss with a block, it shouldn’t become that hard! Eventually you will master it.

In game you will be able to choose between quite a few characters. All of them have different stats (and looks, of course) so you should always be prepared to switch if you feel like you would do better with another.

All you have to do is really just save up Gold (Coins). Unlocking the characters costs Coins, so it’s a good reason to smash as many blocks and pots and defeat as many bosses as you can. When you do that, they will drop Coins.

Save up plenty before you decide which character you want to buy, or check out all of the available characters and purchase the one that you like the most!

I suggest going for a character which is fairly balanced, but has pretty good speed overall (even if the HP is lacking a little bit). Speed is very important, because you want to outrun any enemy that wants to get you, so that is a good start!

These would be all of our Yokai Dungeon tips and tricks that we have for you right now! Do you know some more useful game tips and strategies that you want to share with the rest of us? Leave them down in the comments section below! 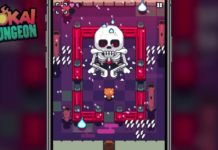