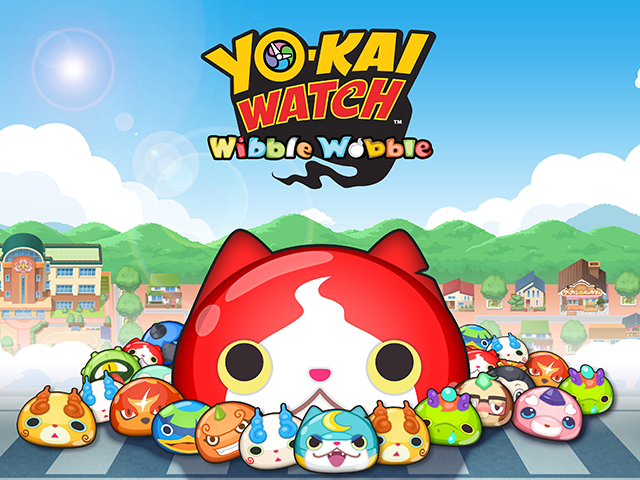 The hit cartoon show and Nintendo 3DS game has made its way onto iOS devices! Yo-Kai Watch Wibble Wobble is a match-3 RPG, where you get to fight and collect your favorite yo-kai from the original game! It’s an interesting take on the puzzle RPG genre, so let’s get right to spirit hunting with our Yo-kai Watch Wibble Wobble cheats, tips and tricks strategy guide!

Yo-Kai Watch Wibble Wobble is a bit unique from the other “match-3 RPGs”. In this game, battles are always moving, which means you can’t stop to think about your next move! You want to always be combining wib wobs to bigger ones to pop them. Try not to take too long looking for your next match, because the enemy yo-kais can get free hits in on you. This doesn’t mean you should just pop blindly, though. It’s more effective to combine, then pop!

The bigger you can get a wib wob to be, the more points it’ll be worth when you finally pop it and the more damage it’ll do to the enemies! Your fever time gauge also builds up faster, so it’s a win-win situation! However, if you pop a wib wob, then pop another one within three seconds, a combo will start. During a combo, each successive pop will multiply the points and damage of the next, so if you save all of your pops for one big combo you’ll do a lot of damage!

3. Unleash everything you got in fever time!

Even better, if you can manage to trigger Fever Time while saving all of your big wib wobs, you’ll unleash ultimate damage! As you combine and pop wib wobs, your fever gauge will fill at the bottom. Once full, enemy yo-kais will stop attacking! This is your chance to pop as many big wib wobs as possible. Once fever time is over, all of the pops you’ve done are combined into one huge attack that deals massive damage. So, the key thing to remember is to quickly form as many big wib wobs as possible, try to go into fever time as fast as you can, and pop them all!

Each yo-kai belongs to one of eight “tribes”. You can tell which tribe they’re in by the symbol next to their name in the medallium. You can bring along five yo-kai with you into battles, and if you have any yo-kai that share the same tribe, their HP and attack power will increase! If you have a full group of one tribe, you’ll receive a massive boost, greatly increasing your chances of winning the fight! Consider matching tribes if you’re having trouble with a particular fight. You can also…

As you pop and combine your yo-kai, their individual “soultimate” abilities charge. Once fully charged, you can tap them to unleash their soultimate ability! Each yo-kai has a unique soultimate that performs differently, so make sure you read up on your favorite yo-kai to see what they do! They can do a variety of things, such as restoring your HP, adding utility bubbles to the playing field, and so forth.

See those orange levels on the world map? These are hidden routes that can only be unlocked if you fulfill a certain objective. First, you need to get to the connecting “normal” level, then you have to do something special. For example, the very first hidden level requires you to use Jibanyan on level 9 of Uptown Springdale. If you need a connecting orange level, try out different yo-kai!

Early on you can befriend the pink dog-like yo-kai “Shmoopie” on level 6 of Uptown Springdale. If you don’t befriend it right away, we recommend replaying the level until you do. The reason being is that Shmoopie’s soultimate ability is “Heartstring Tug,” which increases the chances of a yo-kai befriending you at the end of a battle. You won’t have many treats to give early on, so this is a good way to win over yo-kai.

That’s all for Yo-kai Watch Wibble Wobble! If you’ve got any other spirit hunting tips or tricks to share, leave a comment below!