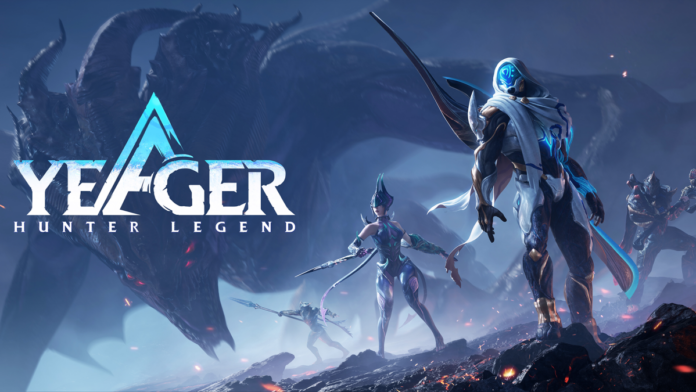 If you’re a fan of IGG, the mega-studio behind hit mobile games like Lords Mobile and Mythic Heroes, then you’re no doubt already aware of Yeager: Hunter Legend.

And in mid to late July you’ll be able to see what the hype is about.

For the uninitiated, Yeager: Hunter Legend is a fantasy RPG that takes place on a planet containing rampant beasts and a magical force called Kallar.

The game boasts a rich lore, a diverse range of beautifully rendered environments, and a fun cast of characters picking their way through a gripping story.

They all have their own unique applications in battle. The Flux Blaster, for example, is a ranged weapon that causes massive damage at a distance. The Hunting Sword, meanwhile, is a powerful melee weapon that grows stronger with each combo attack.

Plus, there are several Kallar Arts to master. These are basically your skills, and you can level them and your weapons up as you wish.

Yeager: Hunter Legend is a beast-hunting game, of course, so there’s a wild array of strange-looking animals to track down and destroy. These include such charming specimens as the Arc Shrieker and the Bile Roach.

This all takes place in an equally diverse array of environments. There’s the lush green Forest of Ancients, the barren and dramatic Volnar Valley, and the icy Frosthowl Cliff, among other distinctive locations, all containing their own unique creatures and hidden secrets.

It’s a daunting task, but you don’t have to do it alone. Yeager: Hunter Legends also features retainers – pet-like minions recruited from talented tribes to assist you in battle with combat buffs, healing, and extra attack power.

Yeager: Hunter Legends is shaping up to be one of the most important RPGs of 2022, and you’ll get a chance to play it in mid to late July.

Better still, once the open beta is over you’ll be able to hold on to your progress for the full launch, set to take place later this year.

Yeager: Hunter Legend, IGG’s Monster-Hunting RPG, Is Getting an Open Beta in July