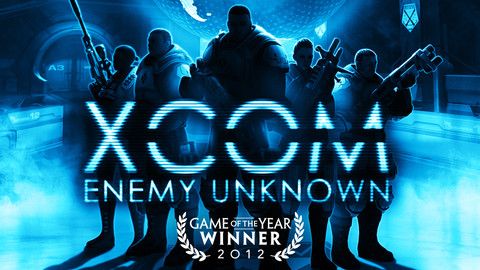 Well… we’re getting a bit ahead with this as I am sure most of you have figured these out already, but for those who didn’t the tips and tricks below are pure gold!

Being a turn based tactical game, XCOM Enemy Unknown can be approached differently by other gamers, so I did my best to keep things as generic as possible to be helpful to everybody, especially new players.

I have also just published a guide on the XCOM Enemy Unknown best squad setup for the iOS version, make sure to check it out too!

Satellites are vital and we tend to ignore them early on and then it’s too late. So start building satellites as soon as the game stars and keep building them: they give you monthly money, which is exactly what you need, they reduce panic levels and if you manage to fill a continent, you get extra bonuses. Easiest continent to start with: South America!

At first you will probably have no idea which are better, but you will soon get to understand that the Engineers are more valuable in the game.

Scientists are important too, but don’t even them out! Try to have 70% engineers and 30% scientists for a smooth operations (and don’t forget about the Workshops!)

It’s pretty simple: you DON’T want to lose any country to Panic, so make sure you keep it under control.

Building satellites is one way to do it, but make sure that you also choose your missions carefully and even if one gives you great rewards, go for that where the panic reduction is most needed. A lost country is lost forever!

Building new rooms is expensive and you should plan ahead. Having rooms of the same time one next to the other usually gives you all sorts of proximity bonuses, so when you are building try to plan a few moves ahead and have a clear set up of the rooms you’re going to build. And where you are going to build them!

They level up, they get better and then you lose them and you have to start over. It’s pretty obvious that you don’t want that to happen, so do your best to keep your soldiers alive.

A trick that some gamers use to make sure that they give it their best to look after their soldiers is to name them Mom, Dad and the names of very good friends. And your name, of course!

Overwatch over and over again!

This is one of the abilities to use in combat and it goes well hand in hand with the previous point as it gives your soldiers the first shot as soon as they spot an enemy. And any advantage that you have is welcome in the game!

So make sure that you focus on leveling them up. They can get the Squad Sight ability at one point, allowing to shoot any Alien that ANY of your squad members sees. And they rarely miss!

OK, it’s true that flanking gives you huge bonuses and you should do it whenever possible but only if it is safe.

Trying to flank the enemies at all costs usually wastes your squad’s movement, comes with the risk of running into even more aliens and spreads your team making you an easy target. Better stick together, fight together and forget about flanking!

And these would be the XCOM Enemy Unknown tips and tricks that I had to share for the mobile version of the game right now. Let us know what other strategies work for you so that we can all improve our game!