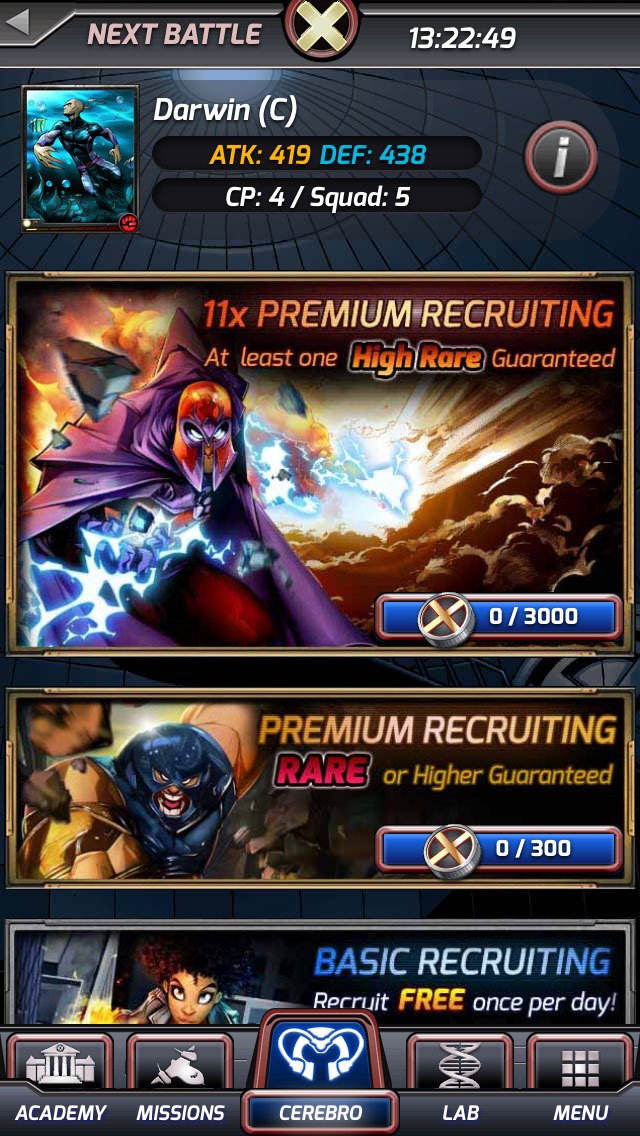 X-Men: Battle Of The Atom is an interesting card battler game which allows fans of the series to live through the history of the series in some heated card battles. The game is really filled with contents, with many different cards featuring heroes, villains and locations taken from the series.

Together with many series’ mainstays, Battle Of The Atom also features characters that have rarely appeared in recent years. If you’re an X-Men fan, you’ll surely love the game.

If you’re just starting out on the game or simply want to learn more about it, you may want to follow these tips for the game.

As you may have already noticed by playing the game, you can choose between two attack types in battle. The first one is your regular attack while the second one allows you to summon one of five characters in the battle. As strange as it may sound, not only there’s no penalty for summoning multiple times but also there’s a good incentive for doing so, as you will be earning both the team and communication bonuses. Having friends around sure does help!

There may be times when you just want to completely change your team to spice up the gameplay experience. If you just want to have the strongest team available, simply use the auto-rebuild option.

Being a free to play game, X-Men: Battle Of The Atom comes with a stamina bar. Once stamina has been depleted, you will have to wait for it to come back. If you don’t like waiting too much, you may want to increase stamina as much as possible when leveling up: this will allow you to keep playing for longer, earn more experience points and improve your characters further.

As we stated right above, you will want to power up your characters as much as you can. But which characters? Aside from personal preferences, it’s always better to power up the rarest character you have. During the course of the game you will be getting quite a lot of them and the least rare ones will be replaced constantly. The rarest ones won’t, for obvious reasons, so power these characters up as much as possible without worrying about it too much.

X-Men: Battle Of The Atom Tips And Tricks