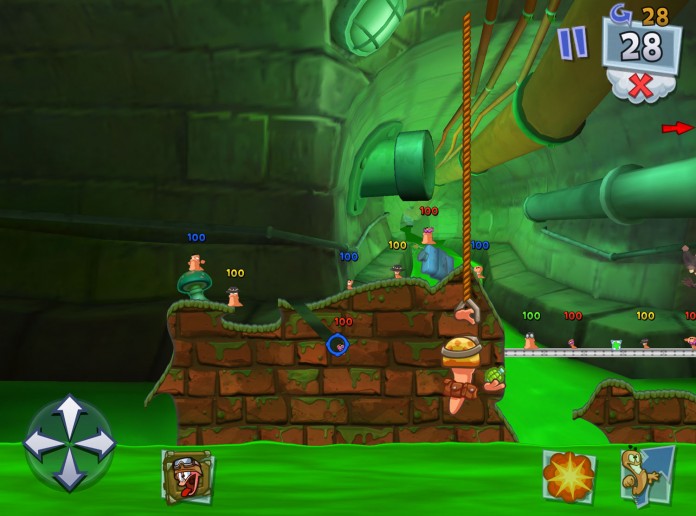 The Worms series, created by Team17, is one of the longest running strategy series ever. The series has turned 19 a few days ago and to celebrate the occasion properly, the team is currently offering several entries of the series for a reduced price on the App Store.

Worms, Worms 2: Armageddon and Worms 3 are all avaible right now for $0.99, an excellent price for some really good games. If you enjoy strategy games with a humorous twist, you really have to check out any of the titles of the series.

The Worms games aren’t the only Team17 developed games now available for reduced prices on the App Store. Among the discounted titles are Superfrog HD, the HD remake of the classic platform game released on Commodore Amiga years ago, and Alien Breed, another classic Commodore Amiga game remade for modern devices. You can check out all the deals by going here.

Worms 3 has received a new update earlier this year, introducing some new features that improved and enhanced the game considerably. The new update introduced cloud saving so to allow gamers to play on different devices with the same save file. Another nice addition included in the new update is support for iOS 7 compatible controllers, giving gamers more controls options.