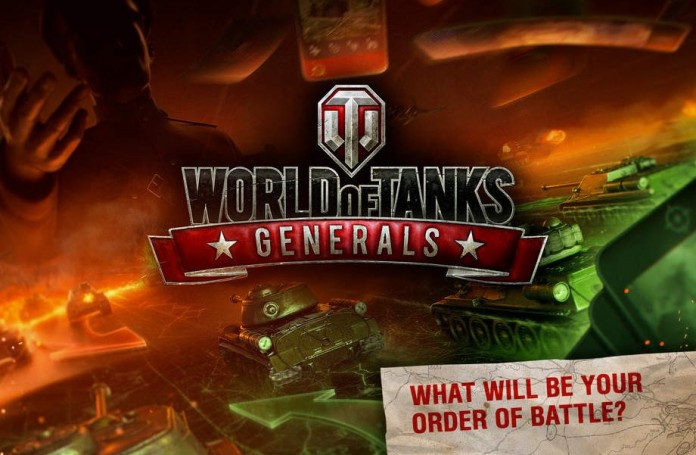 World of Tanks is becoming a real franchise in the gaming world and the latest release in the WoT universe is surprisingly good: World of Tanks Generals is a card battle game with a really unique approach to the genre and an incredibly enjoyable game. But you probably know that since you are here and you are interested in what to do to win as many of your battles as possible. To help you achieve that, I am here to share with you some World of Tanks Generals cheats and tips: a complete strategy guide to build the ultimate deck and win all your matches. Or at least have a great time trying to do so.

Unlike most other TCGs on the App Store, World of Tanks Generals has a unique approach which in return means that your skill and strategy matter the most, not grinding and replaying. It’s really good – but this means that it’s usually up for you to make it happen. But let’s see how I can help with some World of Tanks Generals tips and cheats below!

1. Do the missions
A good way to get yourself familiarized with everything early on is to focus on completing the missions. You will have to play each of the three available factions and you might already have a favorite. Because, yes, even though they all feature tanks, each faction has a different focus. Complete the missions for the rewards, but especially to try a bit of everything.

2. Focus on a faction
After playing a few (ideally, several) matches with each faction, choose your favorite and focus on playing with it. You will eventually be able to master all factions, but it’s best to start with one, create your strategy and make it perfect. I particularly prefer the US faction, but I consider the Russians good too. Personally, I think that the Germans are the worst choice – but if you think otherwise, just focus on the faction you like and stick with it!

3. Research new cards
You can’t play for long with the basic deck, so you should start researching new cards for your factions. Even though Faction Points are not used by all factions, money is so this is why you should focus on one at first and master it. Either way, researching cards is vital for getting a great deck and this is where the endless number of possibilities arise. When researching cards, you can get up to three cards of the same type, but they will have to replace cards that are already in your deck since you can only have 30 cards in a deck at a time. Tap the cards you can research (even if you are not allowed to research them yet) and plan your research progress, as you will most likely want to get to a specific card sooner.

4. How to build a great deck in World of Tanks Generals
There are endless possibilities when it comes to building a great deck in this game, and this is exactly what makes it so amazing. Every player should build a deck based on their play style and what works for them, but there are still a few tips that you should consider when building your deck:

– Analyze your deck: tap the Info button near your deck and you will be shown a number of stats: types of cards you have, cost, power and category. This is useful because you don’t want to have a deck of too many high cost cards, but not one filled with low level, too easy to take down ones.
– Find a balance between Tank cards you can place on the battlefield and cards you use to deal direct damage, heal etc. Based on my own experience, I would suggest to keep the direct cards at a minimum and focus on tank cards.
– Find the right balance between quick, low cost cards and powerful ones. Even though many can try (and sometimes succeed) with a rush strategy using nothing but low value cards, it’s a risky thing to try and it doesn’t hurt to think mid and late-game and build a deck with high cost, high resitance/damage cards. But you can try rushing first and if that works for you, it’s even better!
– Keep adjusting your deck: look at what works for your opponent, look at what doesn’t work for you and try to replace the cards that prove to be useless. But give them at least two matches first because they might not be that useless in the end!

– Focus on surrounding the enemy HQ. If you manage to have your tanks occupy all three squares near the enemy base, the opponent won’t be allowed to play any tank cards. This gives you a massive advantage and it usually means that you’ll win the game when you manage to do this. It’s difficult, but this is your ultimate goal
– Play a high health card first: even though rushing strategies involve flooding the board with many low cost cards, I believe it’s best to start with a high health one: it will take at least a couple of turns for your opponent to destroy it, in which time you will deploy other cards, get more resources and be able to play even more cards and set up a nice offensive.
– Always try to find a balance between high offense and high health cards: even though high health cards are great for frustrating the enemy, they deal almost no damage, so always try to find a balance between low health and high health cards on the battlefield. A good strategy when attacking, if you have multiple cards available, is to attack with your high health card first so that the attacked card uses its retaliation, then attack with the high damage one and get no health loss for it.
– I didn’t have good success with rush strategies, so I would suggest focusing on mid game and late game stages instead. Most players use their HQ damage to deal damage to your base, I would suggest using everything you have against other tank cards. The fewer tank cards the enemy has on the board and the more you have, the easier it will be for you to win. So focus on taking out the enemy tanks and mostly ignore the enemy base until you can start dealing serious damage to it, ideally after surrounding it.

These would be right now my World of Tanks Generals tips and tricks to help you win your games and build that perfect deck. If you have more advice for fellow players, let us know in the comment section below!