World Beast War: Destroy the World is an insanely addictive merging RPG with idle mechanics. I have spent countless hours playing this game and I am still not bored. But I am here to help you progress faster and unlock all monsters to destroy the world. And I will do so by sharing some World Beast War cheats and tips in a complete strategy guide for the game.

The premise of the game is simple: you have a laboratory where you merge monsters to create better, more advanced and more powerful ones, then select your team of 5 to send out in the world to wreak havoc.

Things get more and more complicated outside as you complete stage after stage, while merging monsters and getting more advanced ones becomes slower and slower as you progress.

But it is nevertheless fun and with some general strategy tips in mind, you will definitely do better and complete more stages, as well as unlock more monsters in the game. So let’s just check out the World Beast War tips and tricks below!

How to build your perfect 5
One would believe that having a team of your most advanced monsters is the best strategy in the game, but in reality things are a bit more difficult.

The monsters in the game are of a few different types: the tanks have huge health and go up front sucking up the damage, the damage dealers have less health and usually stay behind, and the flying units which… fly. 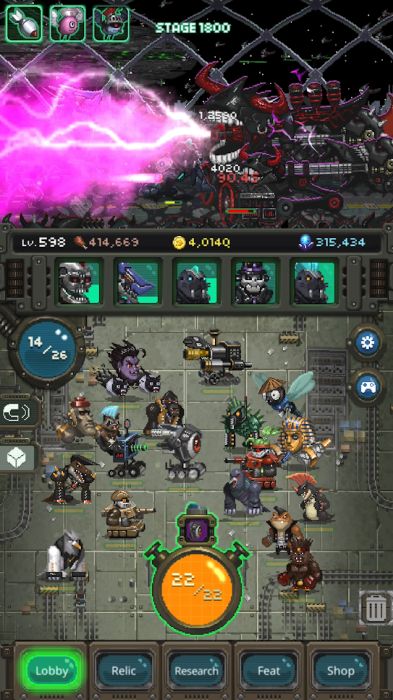 The best thing for you is to mix them and match them in such a way that you easily take out all enemy types. The biggest problem will be with the flying units, as none of the ground units that you have will attack them. This will not be a problem for a long period of time, since your ground units won’t be heavily damaged by the flyers, but eventually (after stage 210), things will change.

Now, both the DR Goos and the Hustler are tanks, so if you have more of the latter, you can switch them out. It all depends on their stats and skills. At around stage 200, you will probably have the Dr. Goo at level 100 (with their skill unlocked), making them better than level 90 Hustlers. But things change depending on the level of your creatures and their unlocked skills, so always look at that.

All in all, I found out that having tanks is better than having huge damage dealers. There are many more advanced troops than the Dr. Goo, but they are extremely low on health and won’t have time to make an impact. That is why you should always focus on your Tanks first!

Once your monster gets to zero health, they will no longer take part in battle. But they won’t be automatically replaced, so you have to do this manually. Even more, I recommend switching them before they reach zero and always try to rotate monsters in order to beat the more difficult stages. 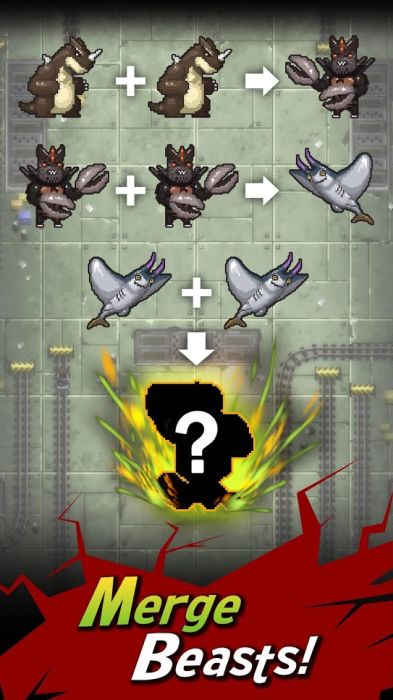 Therefore, I recommend focusing on getting your tanks to level 100 first, and then work on the monsters that you use the most in battle afterwards. Start with the Dr. Goo, then move to the Hustler. If you take my advice and bring a flyer to the mix, also get it to level 100 after Dr. Goo – its skill is not that great, but it’s cheap to get.

Finally, you should know that after level 120, whenever you level up a monster, there’s a slim chance that you will unlock a subspecies. I am at level 195 with my Dr. Goo and still haven’t unlocked them, so it’s not easy – but probably it will give you a huge advantage when you do get one.

Mix, match and block monsters from auto matching
While the monsters battle at the top to destroy the city, you should constantly mix and match monsters at the bottom. Remember that every now and then you can purchase an upgrade that increases the quality of the monster you spawn – this is extremely expensive, but totally worth it as it saves you a ton of time.

If you want to make sure that you don’t mistakenly merge two monsters that you need for your main team, simply tap and hold on them until a red lock appears near them. You can deactivate it by doing the same thing: it is extremely useful to do so with the monsters you need to replace others in your top 5! 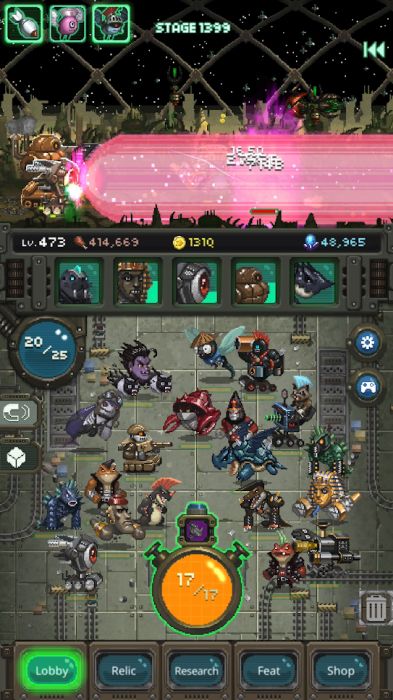 What to Research
As you progress through the stages, you unlock various research options in multiple categories. Some cost money (regular currency), while others cost premium currency. Also, some are more useful than others, so you should choose the best to work on.

Here is what I recommend focusing on in each research category:

Monster: We’ve already covered this. Work on leveling up the monsters that you use the most in battle, focusing at first on the tanks.

Production: These are all Premium currency researched. You should have at least a level in each – but have in mind that the Upgrade Monster Machine is extremely useful in the long run as it gives you better monsters (also extremely expensive).

I consider a few to be pretty much worthless: such as the Auto Production and Auto Merge (these don’t seem to work when you are offline, making them useless). Get your lobby capacity to at least level 15, as well as the Monster Machine Speed. I have my Monster Machine Capacity to level 5 and it seems to be enough.

Combat: We have both regular coin researches here, as well as premium ones. I recommend focusing more on the Coin ones, since that’s the easiest currency to get.

The main thing to upgrade here is the first one: Increase attack as it affects all monsters and is relatively cheap. When you unlock it, Increase Gold Loot is also essential as it help you progress faster.

On the premium researches here, I would first invest a few levels in the Increase Monster HP Recovery in battle, then work on the Bonus Loot and Bonus Attack. 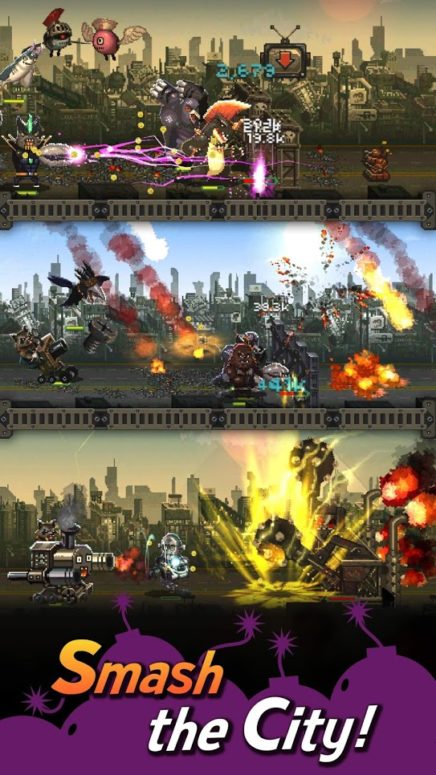 Relics guide
Relics come in various shapes and rarities and you should always equip as many as possible. Keep an eye on the color of the monsters you have in your team and make sure to match the relics with their color, otherwise they will have no effect.

Also look at the color of the square, and not just the margin: relics on a gray background are common, while green ones are rarer, followed by blue and yellow. Rarer relics give better boosts.

Finally, you can “cook” relics: by combining two relics and waiting a bit, you will get an improved one. Ideally, you should cook two relics of the same type as you will get either a rarer quality one, or an increased level one of the same type. If you mix and match them, you never know what you get. But the rule of thumb here is that the rarer and higher level of the relics you use, the better the outcome.

What relics to equip? I personally prefer to focus on boosters for my tanks (blue relics). I prefer the ones that increase the HP recovery or the attack, but loot ones are good in specific situations, as well as speed boosters.

Watch ads for premium currency
The game is pretty generous when it comes to offering you free premium currency, but you will never have enough of that. You can increase the numbers by watching ads: go to the Shop, then the “Free” section and watch ads to get 200 and 100 of them.

You will also get the option to sometimes watch an ad for additional premium currency from the flying TV in the battlefield, but that will usually be less than 100. But every little extra bit helps!

These would be our World Beast War: Destroy the World tips and tricks right now. The general concepts presented above will stay the same as you progress, just the monsters themselves changing. We’re working on a list of monsters in World Beast War, so you know what to expect, so make sure to check back soon! 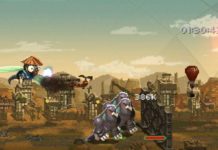 World Beast War Monsters List: What Are the Monsters in the Game?