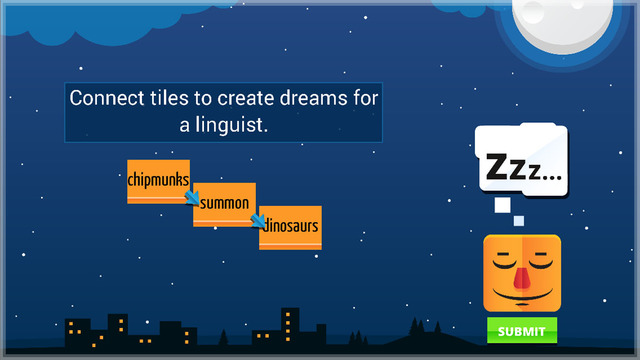 A rather simple yet fun new word game is currently available on the App Store, a game that will literally charm players with the weirdest sentences they have ever had the chance to read and create.

Sleep Furiously, created by Playmation Studios, is a quite simple word game where players have to create sentences from a random selection of words. The sentences don’t really have to make sense since they can be put together as long as the grammar is ok. This means that you will be creating some really weird sentences that will surely cause hilarity. Words that have not been used will continue to stack until it’s their turn to be part of some weird sentence that doesn’t make sense at all.

There isn’t much else to say about Sleep Furiously. The game is a really fun take on the word game genre that works quite nicely but it obviously doesn’t feature any sort of depth. If you’re looking for a game that can keep you busy for hours upon hours, you will have to look elsewhere.

Sleep Furiously is now available for purchase on the App Store for the price of $2.99.