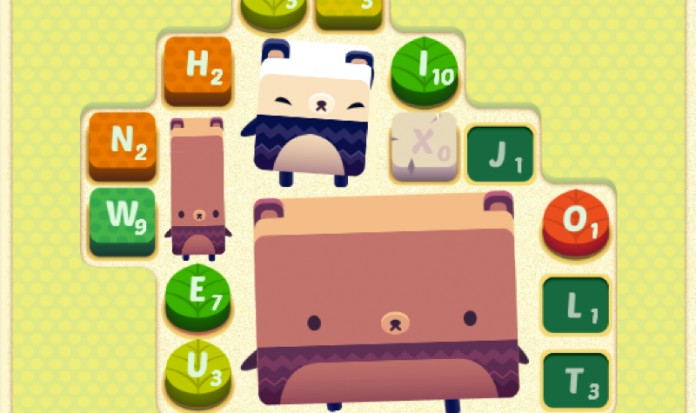 A new word game is now available on the App Store, a game that players in select regions have been able to try out already during its soft-launch period.

The new game is called Alphabear and it’s been developed by Spry Fox. In the game, players will have to create words using letter placed on a grid. Once a few words have been made, bears will appear on the screen, bears that will grow when letters close to them are used to make words. The bigger the bears are the more points are earned and even special power-ups are unlocked, which should make things a bit easier.

Things, however, aren’t as simple as they may seem like at first glance. Every letter on the grid comes with a number indicating the number of turns left for that specific letter. If the letter isn’t used before the numer becomes zero, the letter will turn to stone, something that will prevent players from using the bonuses from bears.

Alphabear is now available for free on the App Store. The game seems just perfect to play on the go for a few minutes so make sure to check it out if you’re looking for something simple to play on the go.