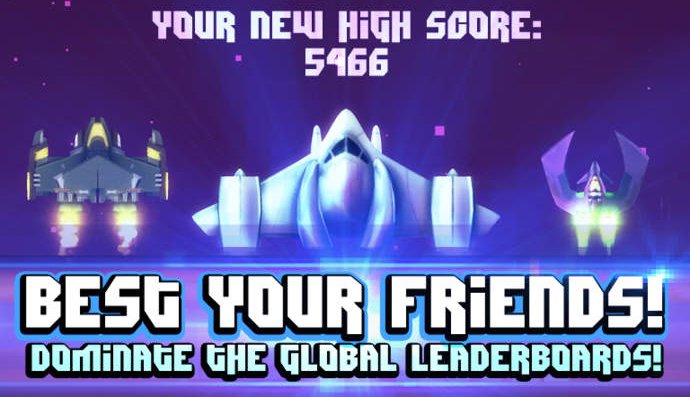 OK, I will be honest with you: I almost smashed my iPhone while playing Wonky Ship and you probably did it too if you played the game. It’s frustrating, it’s difficult, it’s impossible – but, oh, it is SO much fun! I am here to share with you my own Wonky Ship cheats, actually a set of tips and tricks that will hopefully help you get the most out of the game and score the highest score ever. Because that’s the ultimate goal of the game: to get where nobody else has gone before. In terms of high score.

So let’s not waste any time and let’s see what can be done to live longer and score better in Wonky Ship. Tips, Tricks and a complete strategy guide to give you that extra second you need in your life!

1. Spin like crazy
The only way to get a ton of points really fast is to do a complete, 360 degrees spin with your ship. The strategy to get about 200 points easily is the following: go all the way to the top, as straight as possible, then start spinning until you get to the base of the asteroid. You should be able to perform 3 complete spins and get some extra points from the damage multiplier. This is perfect as a strategy early on to unlock the second ship, but also a skill to master as it alone is the key to super high scores.

2. Stay in the danger zone
As soon as you unlock a steadier ship (like the second one for scoring 100), you can spend a lot more time in the danger zone: that is as close to the asteroid as possible: this increases your score a lot.

My strategy when in the danger zone is the next one: as soon as the ship starts going too much to the left or right or when an asteroid is coming from the upper side of the screen, I go all the way to the top of the screen and perform 1-2 complete spins on my way back. Usually, these are my last two spins before getting the game over message, but if I don’t, I will really get a super high score.

3. Learn how the thrusters work
It’s like saying “learn to fly a real ship” – easier said than done, but that is what you have to do. Go for quick, short taps to the left and right instead of long taps (unless you want to spin, in which case it’s “tap and hold all the way”). Try not to panic when the ship starts going to one side or the other and quickly tap a few short times to get the ship back in the optimum position. Alternate with holding both fingers on the screen to give it some height and not hit the large asteroid at the bottom.

4. Take breaks
It’s impossible not to get really mad while playing the game, so don’t forget to take a break ever 10 or 15 minutes to calm down a bit and get back with a clear mind and rested eyes. It might sound like a stupid advice, but try it a few times and you will see that you will always perform a lot better after a short break,

5. Stay away from the multiplayer
There’s nothing to learn or to achieve in multiplayer games: I consider them a real waste of time. You can hone up your skills in the single player area, and that’s where you’ll be getting the high scores from anyway.

Have fun, stay calm and good luck! If you have other Wonky Ship tips and tricks for fellow players, let us know by commenting below!