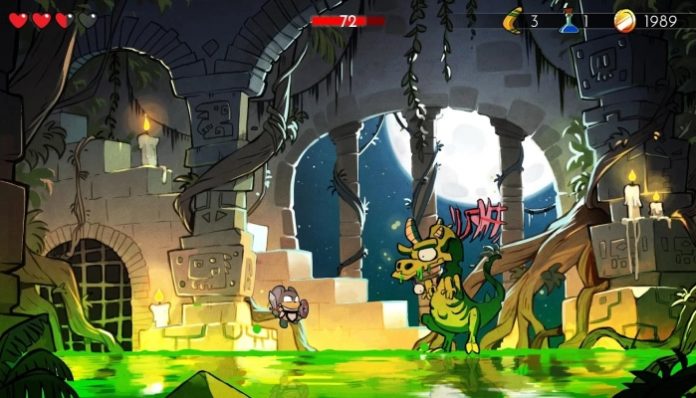 If you grew up with the early Sega systems like the Genesis and the Master System, you may be familiar with a fun little series known as Wonder Boy! You took on the role as the titular Wonder Boy who traveled through various using traditional platforming.

The series enjoyed success for a while, and it became a cult classic with action RPG fans. After the Sega Genesis, the series went dormant for a while and the developers became quiet. That is, until a few years ago a small indie studio brought the game into the modern day!

If you have not experienced the original, The Dragon’s Trap sees Wonder Boy cursed with a powerful dragon spell. The spell causes him to transform into various animals that provide him new abilities. The curse becomes stronger with each major boss defeated, so be careful!

The whole experience is now on mobile, so if you are a fan of metroidvania type games or just classic games in general, you should not miss out! Wonder Boy: The Dragon’s Trap is available now on the App Store and Google Play Store for 5.99 USD.