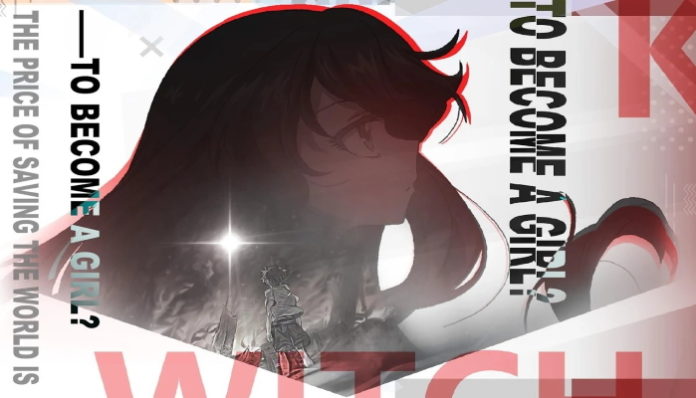 In the far future, a mysterious phenomenon known as “Substance H” destroys all of mankind. One hopeful boy, Ren, stumbles upon an ancient goblet that can change the world. He wishes for the world to come back, and it does so the next day, but something is a little different – he is a she now!

Witch Weapon is an anime fantasy action RPG where you take control of Ren, who is a now a girl and has the ability to command “witches,” super powered girls who can wield powerful weapons and magic.

In today’s Witch Weapon guide, we will go over combat basics and all the different methods of improving your witches. Without further ado, let’s get started with our Witch Weapon cheats, tips and tricks strategy guide to build the ultimate team!

Understand the flow of combat!

In Witch Weapon, you will control yourself with a virtual analog stick. You will attack enemies automatically when you get close to them, so that leaves you with one job: managing your MP.

You can bring up to four witches with you into battle. Your currently equipped witch’s MP is shown at the bottom right corner. As you fight with the same witch and use active skills, their MP will gradually decrease.

Should a witch’s MP run out completely, they will be unable to use their active skill. It is a good idea to cycle around all four of your witches to ensure that none of them ever drop too low on MP.

Your witches’ active skills’ effectiveness is also determine by how much MP they have left. Understanding the flow of fighting with a witch, using an active skill, then switching to another witch is the key to victory.

Stay out of the red telegraphed attacks!

When you come across powerful foes, they will unleash devastating attacks that you can thankfully avoid. All of the powerful enemy attacks are telegraphed by a red marker on the ground. As soon as you see one appear, move out of the indicated zone to avoid damage.

Not moving out of the way in time can result in some heavy damage, maybe a stun or status effect, and it can greatly turn the tide of battle against you. The early bosses are sort of forgiving, but the later bosses can absolutely wreck you if you get caught in too many telegraphed attacks.

Use your interrupts to stop big casts!

Can’t get out of the way of a telegraph in time? You can also try stunning enemies, which stops them from performing any action and interrupts any charged skill they might have been doing.

If a witch’s skill says “interrupt” in the info panel, then that means you can use it stop enemies’ spell casts and skills. Isn’t it super annoying to almost have an enemy down, only for them to heal a big portion of their health?

This is why interrupt skills are important to have! Much like the telegraphed attacks, these will only get more punishing as you progress through the game, so try to bring witches with you that can interrupt.

Damage in Witch Weapon is split into two types: physical and magical. Witches tend to have a specialization in one type of damage, but you will need to check their stats to see what they have a higher stat in.

Some enemies – but not all – have lower resistances to certain types of damage. When you are about to head into a level, you can tap on an enemy to see their weaknesses. If you are having trouble with specific enemies, it helps to pay attention to their stats.

You can also check enemy resistances while you are already in a level as well. Simply pause the game by tapping the timer at the top, and any enemies in proximity will show up, and you can get the info there.

Collect Sephira to augment your witches!

If you can manage to equip a witch with all six of her Sephira, she will be eligible for augmentation. Augmentation permanently consumes the Sephira, and grants the witch a massive stat boost.

Augmenting a witch also increases their general rank, and this allows them to unlock their passive skill once they are high enough rank.

Enemies proving to be too strong for you? It might be time to go back to earlier levels and hunt down the Sephira you need for your witches. You need higher BR before you can head back into the fray!

Each witch has two weapons that they can wield in battle. You start off with one, which is the one you can from the prayer summon. Before you can unlock their second weapon, you must collect special figurines and cores. They can be found as level drops just like Sephira.

Higher rarity weapons not only have better stats, but they also new skills on them as well. Some of these skills unlock a witch’s full potential, so weapon upgrades are a good way to boost BR.

Collect Catalysts to star up your witches!

Once you have augmented a couple times and unlocked some new skills, you are ready to go to the next step of evolution: increasing star levels! To perform star up, you need a witch’s specific Catalysts.

Catalysts are found in the level just like the other materials you need, and as always you can check exactly which levels they drop in by using the Sources button. Once you have the required amount of Catalysts, a star up is possible.

When a witch gains a new star, their stats receive a boost, but their stat growth also receives a significant boost. This means that every time that witch levels up, they will earn more stats than usual. The earlier you can perform a star up, the better!

Complete the tutorial and regular missions!

We recommend following and completing the tutorial missions as they come up. They will lead you through the basics of improving your witches, but the most important part is that they reward you with precious materials like Tarot Cards (used for summoning) and gems, the premium currency of the game.

You can also access the Quests to see a full list of missions. You have daily and main quests, plus your achievements. Each of these has special goodies to collect, but they are also important for…

Level up CAPH for bonuses!

The CAPH Rating is a special bonus that you must activate before you can take advantage of. The CAPH has five levels to it, and you need to earn CAPH experience to level up.

The key thing to remember in Witch Weapon is that every single Witch is viable in some form or another. If you are taking advantage of the free Tarot summons, you will build up a team of witches in no time.

If you are having trouble with a part of the story, why not try out some new witches? A different composition may be just the thing you are looking for.

And with that ends our guide on building the ultimate team in Witch Weapon. If you have any other tips or tricks to share, let us know in the comments below!