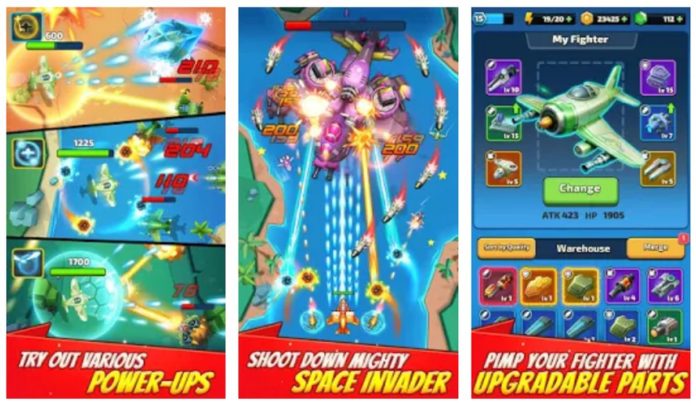 WinWing is a brilliantly addictive bullet hell type of game with RPG elements (and even idle ones). Destroying wave after wave of enemies, you upgrade your ship, unlock new weapons and defeat increasingly difficult enemies. Extremely fun, in other words.

And we’re here to help make it even more fun by sharing a complete WinWing guide that’s perfect for beginners: tips & cheats to play a better game, get the right equipment and upgrades and beat each stage with all its waves as soon as possible.

The first thing you have to decide upon in this game is how you want to control your ship. You have two options to choose from:

The first one (selected by default) allows you to control the ship by keeping your finger anywhere on the display and moving it.

The second allows you to control the ship with a sort of a tap-mechanic. Whenever you tap anywhere on the screen, the ship will move there. If you keep the finger on your screen at all times, it will work just as with method #1.

I personally find the second method a bit more confusing and difficult to use, so I stick with the default one. But you should try both and see which works best for you: the better control you have over your ship, the better you will do in all missions.

(This Winwing guide has been originally published on Touch Tap Play)

Stay at the bottom of the screen

While you have complete freedom regarding your ship’s movement when you play, it’s best to stick towards the bottom side of the screen. That is the area that gives you the best options to avoid enemy fire.

You don’t have to be exactly at the bottom – you still need some wiggle room – but somewhere in the lower quarter of the screen. Simply move and duck through the bullets and other obstacles and you’ll be (mostly) fine.

The point here is that you need to put as much distance as possible between your ship and the enemy fire, to give the incoming bullets enough time to split enough so that you can actually squeeze through.

However, there are two exceptions to this rule or better said two particular situations when rules change a bit.

Learn to draw enemy fire or ships. This can be done at the bottom of the screen (and should be done there).

My suggestion is, when dealing with larger waves of enemies, to simply move to the left or right corner. Most of the ships will target that area, giving you some breathing room and more space to navigate, while taking them out.

Move close to enemy ships if you have the short range boosts activated. Also, you will have to stay away from the bottom of the screen when you’re dealing with lots of ships that move around and follow you. In this case you have to be on the move constantly to stay alive.

Take enemies one at a time

You need to focus to get rid of as many enemies as quickly as possible. This means taking them out one by one rather than splitting your damage between them all.

You will have homing missiles and wingmen and other help anyway to deal constant damage, but learn to concentrate your main fire on a single enemy until they are out.

This is essential especially when you are dealing with waves containing multiple enemies that will fill up the screen with bullets in no time.

The game Winwing has a ton of those and you have to start learning which are more difficult to beat than others.

You shouldn’t necessarily focus on those though. An enemy with tons of health requires more time concentrating fire upon it. Better take out the lower health ships first to give you some breathing room, then focus on the tanks.

But no matter which ships you decide to target first – easy to take out or more difficult ones – the golden rule of thumb is that of taking them out one at a time.

In WinWing, you level up your ship during each run as well. You do so by collecting crystals dropped by ships when you complete each wave. When you have enough crystals, you gain a level – to a maximum of 10.

When you gain a level, you have to choose one special ability or trait out of three random options that you receive. Being able to choose the best ones will make the difference between beating all waves and losing.

While it is difficult to tell you to follow a specific path due to the randomness of the rewards, here are a few pointers to consider:

Some traits are extremely useful and should be accepted whenever you find them – for example, the extra Wingman. If you have two equipped, this will actually give you two extra ones which will be insanely valuable.

The other way around, we usually have the boost that restores a chunk of health. Since this is not a long term, passive type of boost, it’s better to pick something else, unless you are extremely low on health and/or you don’t have a health booster yet.

You will have a lot of time to pick and choose and decide which upgrades work best for you and which should be focused on to help you get all the way to the end.

Save resources for Merchant encounters

When you beat a wave and defeat a boss, you also automatically earn a special crystal. These add up as you go up the stages and can be spent every now and then when you meet the Merchant.

During a level, you will meet the Merchant a few times (and usually when you beat the level also). Each new meeting will result in better items being offered (but also more expensive).

Therefore, it is a good strategy to try and hold onto your crystals for as long as possible and buy the higher value items.

The catch is that you must be certain that your ship will survive until the next meeting with the Merchant. Chances are, that if you just started a new level, you won’t get extremely far. Try to estimate how far you will get and make purchases accordingly.

Because if your ship is wrecked before beating the final wave, you will no longer get a Merchant meeting and all those crystals will be lost!

Is goes specifically for boss battles, but is helpful for all types of enemies.

Each ship in WinWing has a particular way of attacking. Learning these patterns gives you a massive advantage and helps you defeat them easily.

When it comes to spending your coins and materials earned during the levels, you can invest them in either upgrading your Talents or Equipment. You should focus on the former.

Talents ar unlocked as your ship levels up, so you will definitely never get the chance to overpay or get too far ahead (as is the case of equipment). Even more, Talents usually give you way bigger boosts that upgrading equipment does – especially when you unlock them.

For this reason, it’s best to invest in your Talents first and then, if you have extra money and resources, your equipment.

But with so many items to equip, which ones to upgrade first? There’s no easy answer here, because it all depends on the type of equipment you have – and all of that is randomly rewarded to you.

You should first look at equipment you can actually fuse: if you have three identical bits of equipment, you can fuse them into one higher rarity item. That is always beter than the base materials, so you have your starting point here.

But apart from that, you will need to balance coin spending with your ship’s performance.

Especially early on, you shouldn’t rush to upgrade all your equipment like crazy because you will soon have much better items to equip and you won’t get that money back!

At the same time, if you’re starting to find it very difficult to beat the waves of enemies, that’s a clear sign that you should invest in upgrading your equipment.

Always start with the items that you think you’ll keep equipped longer and instead on focusing on maxing out a single piece of equipment, it’s best to evenly level them all up. This way, you won’t lose a lot of coins if you find a better piece of equioment to replace one you already have.

You can switch ships if you have enough resources to do so. And you will want to do this sooner rather than later, as better ships give you better stats and make it easier for you to win.

In terms of getting new ships, you will receive the second one – the Screching Hawk as a daily reward, while you can buy the third one – Comet – for 200,000 regular coins. Each of these ships is better than your starting one, giving you increased attack and a special feat.

But what you should aim to unlock – by hoarding green gems aka the premium currency – is the first A-rarity ship, the Gold. This one costs 1,000 Gems (which you will get sooner rather than later for free), has a much better base attack than the starting ship and earns you 20% more coin, making upgrades a lot more affordable.

Of course, if you can pay some real life money, you can choose a better ship, including the final one, Grey, which has two extra Lasers (but can only be purchased with real money).

One thing is clear, though: don’t level up your starting ship, Thunder Knight, more than you have to! You will get much better ships relatively fast.

Play as much as possible

Even if you can’t fully beat a level, you will still get all rewards that you have collected until your ship was destroyed. This means that a bit of grinding is required in order to improve your ship and stand a better chance next time.

Try to do as well as possible each time you play, learning the attack patterns of your ships, perfecting your moves and experimenting with boosts until you know exactly which work best for your play style.

These are, for now, our tips and tricks for Winwing on mobile. You have additional questions – or maybe some strategies of your own to share, don’t hesitate to let us know by commenting below. 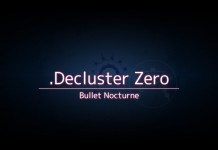