Home Guides Will Pokemon Unite Be Coming to PC? Answered

Pokemon Unite is a brand new MOBA (multiplayer online battle arena) game coming to Nintendo Switch, Android, and iOS. The game is set to launch in July for Nintendo Switch. On the other hand, Niantic has confirmed that it will be released for Mobile devices in September.

Being a MOBA game, one of the biggest questions players have in mind is, will Pokemon Unite be coming to PC? Let’s find out.

Is Pokemon Unite coming to PC?

Since Pokemon Unite is a Nintendo Switch and Mobile platform exclusive title, the game is not coming to PC anytime. The officials said the following in an official statement:

Nevertheless, PC enthusiasts can play the Pokemon Unite via an Android Emulator in the coming months. Even the PC players with a low spec system can easily emulate the game as Pokemon Unite doesn’t look very demanding in terms of hardware. Once the game is officially launched on Google Play Store, players can install it on Emulator via its APK and OBB file.

As of now, Pokemon fans can pre-register for Unite on Google Play Store to ensure access to a whole new Pokémon Universe instantly after its launch.

Related: Everything you need to know about Tencent, Pokemon Unite’s Developer 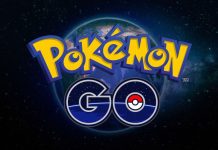 Pokemon Go’s Pokestop Distance Controversy: Everything You Should Know