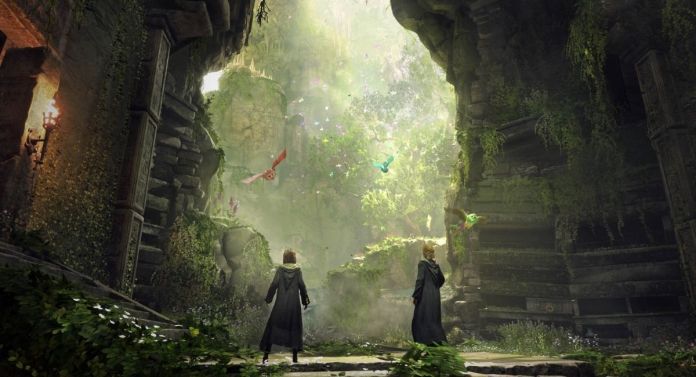 Despite being postponed a number of times, Hogwarts Legacy remains one of the most anticipated games of the year, as many fans of the acclaimed Harry Potter franchise are looking forward to getting their hands on yet another thrilling and magical adventure in Hogwarts.

The open-world feel will allow players to go about their wizarding ways like never before once they become students at the famous Hogwarts School of Witchcraft and Wizardry. As we await the release of the game, a lot of players have been wondering if it will have a co-op mode. But will Hogwarts Legacy have multiplayer?

Will Hogwarts Legacy Have Multiplayer? Answered

Apart from the mild gameplay and trailers we’ve seen over the last couple of months with early glimpses of the game, there isn’t a whole lot we know about Hogwarts Legacy. We know for sure that the game will allow players to enroll in Hogwarts as students and learn magical spells, battle different kinds of monstrosities, and solve mysteries in the wizarding world.

Other than that, not much is known for certain about the game. What we can tell you is that Hogwarts Legacy does not have any form of multiplayer confirmed for when it releases later this year. Developer Avalanche Software has described the game as a single-player experience that will only feature PvE (“Player vs. Environment”) content.

While this might be disappointing to players who would’ve loved to challenge their friends in a one-on-one showdown to see who’s the strongest and most powerful wizard, other pretty cool features in the game should make up for the lack of multiplayer options.

One of them is the Dark Arts Battle Arena, where witches and wizards can test their magical might against AI opponents—which can be challenging, and in most cases, will require players to cast some powerful spells to survive.

Another cool feature is the game’s AI companions, like Sebastion Sallow, Natsai Onai, and Poppy Sweeting, who players can encounter on multiple quests. And while these features don’t exactly compare to having an actual multiplayer feature, they will in some ways enhance your overall gameplay experience.

Hogwarts Legacy is scheduled to launch for PlayStation 4 and 5, Xbox One and Series X|S, Nintendo Switch, and Microsoft Windows on Feb. 10, 2023.

Will Hogwarts Legacy Have Multiplayer? Answered