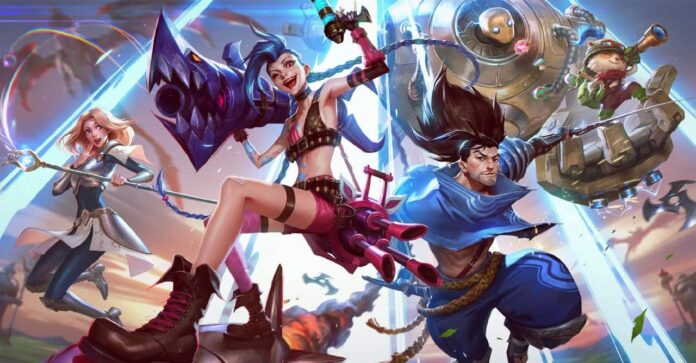 Wild Rift’s next update Patch 3.1 is nearly upon us and it’s set to bring a slew of new features. The Wild Rift Patch 3.1 will be officially released on March 24 and Riot Games has unveiled the patch notes of the forthcoming update.

The upcoming Wild Rift patch will bring changes to the elemental rift and ranking system. On top of this, two new champions are coming along with several new skins, events and a new Wild Pass.

Here are the complete patch notes of League of Legends: Wild Rift Patch 3.1.

Channel your inner peace and bring balance to the Rift with the release of Karma and Shen!

While Karma and Shen are more serene, things are about to get edgy. So grab your passports and eyeliner and get ready to travel to Zaun, Bilgewater, and Noxus.

Elemental Rift is an evolution of the current map, adapting the dragon and terrain mechanics from League PC, but with a few streamlined changes.

This will look a little different from what you saw in January because the developers are looking to achieve a few new things. In addition to team comps, runes, and item builds, Riot Games want to make games play out differently each time.

The shopkeepers have new items, and also made some updates to their current stock!

Whether you want to brawl your way to victory, or go on a split-pushing journey with your buffed up little minion friends, these new items will provide fighters some more options.

Can you believe it? It’s almost time for a new Ranked season! A new season of course means a new Glorious skin, and this one is sure to help you serve a stylish slay every time.

Glorious Crimson Evelynn is your reward for S5!

We’ll also be introducing a new way to show off your climb with Weapon Augments! Starting with Evelynn, you’ll be able to grab this reward from the Ranked Store.

Our Hexplorations were fun and will be missed, but there’s still plenty of mysteries out there to solve. Thankfully, Psychic Detective Senna is making her debut in this Wild Pass to lend us a hand.

We have a few quality of life changes to make your experience on the Rift smoother:

It’s high *checks watch* not noon, but it will be later this year! We’ll be exploring lots of exciting thematics for skins and events in the coming months and can’t wait for you to see what’s on the horizon. Until we can to any pool party or saloon here’s a taste of what’s to come this Patch: