Home Game Guides Who is the Origin in Fortnite? 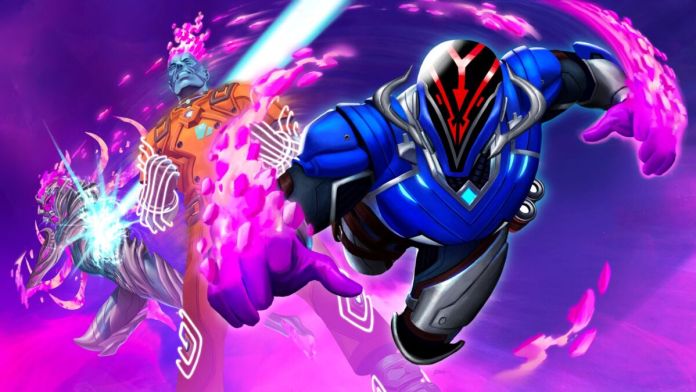 One of the many mysteries in Fortnite revolves around the Seven, its members, and how it came into being. Prior to Fortnite Chapter 3, not much was revealed about the Seven and its members. However, with the start of Chapter 3 Season 2, Epic Games has finally shared some crucial details about the organization and its members. One of the most talked about members of the Seven is the Origin and in this article, we will tell you everything about the Origin in Fortnite.

RELATED – Who is Chole Kim in Fortnite?

Who is the Origin in Fortnite?

The Origin is a Legendary Outfit in Fortnite and an important lore character. He is a part of Chapter 3 Season 2 Battle Pass and a member of the Seven. The Origin’s body is wrapped by purple Cube energy and his Origin’s Anthem soundtrack tells a lot about his origin and backstory, and how he became a part of the Seven.

The Origin is called the King of the Cubes, who preferred to ditch the fight when he discovered that the Cubes would destroy the Island. He was later captured by the Imagined Order, but he managed to escape them by misleading them into believing that he was one of them. In reality, the Origin simply wanted to leave all of this behind.

The Seven found the Origin and helped him stand on his feet again, and this is how The Origin became a part of the Seven. Currently, the Origin, along with the Seven, is fighting against the IO and trying to defend the island at all costs.

Who is the Origin in Fortnite?