Home Game Guides Who Is the Mystery Boss Appearing in Raids in Pokemon Go? –... 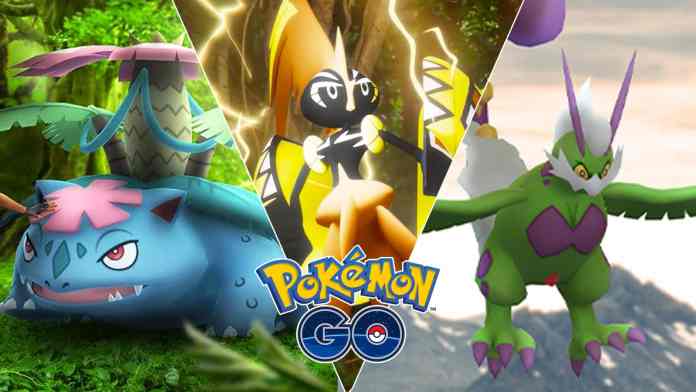 When playing Pokemon Go, you will always expect a large number of events in-game and a wide variety of Pokemon that you can catch while just hanging out with friends. But over time, this gets boring and all street Pokémon will begin to seem weak. And at this moment, more experienced players visit raid bosses, they are much stronger than ordinary Pokemon and you need to work hard to defeat them.

Most recently, the developers announced that soon you will be able to meet a mysterious Pokemon in the raid arena. What kind of Pokemon is this? Let’s figure it out.

Who Is the Mystery Boss Appearing in Raids in Pokemon Go? – Answered

In the game Pokemon Go, it has been possible to fight raid bosses for quite some time, and during this time, players have had the opportunity to get quite a lot of unique, and most importantly, incredibly strong Pokemon.

To fight the raid boss you need to have a raid pass, which you can get only 1 time per day in the gym. After that, you need to find a gym, on top of which a large egg will levitate. After that, you just have to form a strong team and wait for the battle to begin. You can also call friends to defeat a strong boss together.

If you lose, you can try again, but for each attempt, you will spend a raid pass.

RELATED: Can Trevenant be Shiny in Pokemon Go? – Answered

By defeating the boss you will receive many rewards, and you will also be allowed to catch him, but you will only have to use Premier balls.

Returning to the topic of the secret Pokémon that will be available for the raid. Unfortunately, it is not yet known what kind of Pokemon the players will meet, but it is worth noting that since it is so hidden, it is likely to be incredibly strong and interesting, so you should start preparing for this battle now. At the moment, it is only known that it will be possible to defeat and get this Pokémon from March 22 to April 5, 2022.

Pokémon GO’s Season of Alola, which will last for 3 whole months, will bring a lot of new things to the game and the mysterious Pokémon will certainly not be the only surprise for the players. Therefore, visit the game every day so as not to miss the many interesting things that await you there.

Who Is the Mystery Boss Appearing in Raids in Pokemon Go? – Answered