Home Game Guides Who is the Miner in Clash Royale 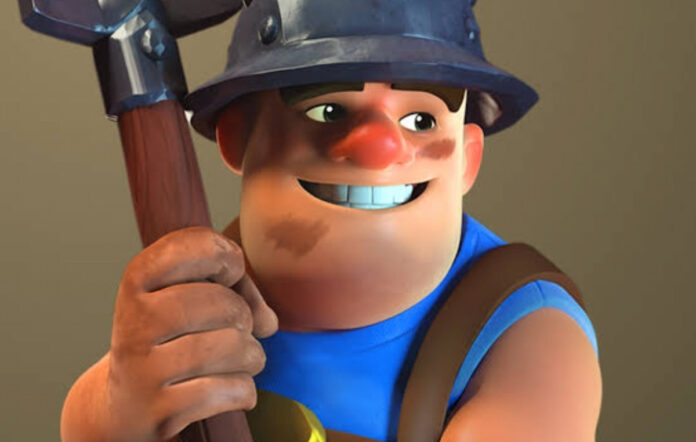 Clash Royale is one of the most popular strategy card games on mobile that allows players to face off and battle each other using decks of cards. Whoever emerges victorious will receive a certain amount of gold and trophies, as they are integral if you wish to climb higher in the Clash Royale global League rankings.

Who is the Miner in Clash Royale?

The official in-game description of the Miner card reads: “The Miner can burrow his way underground and appear anywhere in the Arena. It’s not magic, it’s a shovel. A shovel that deals reduced damage to Crown Towers.”

As aforementioned, the Miner is a legendary troop that players can unlock once they reach Arena 4 in PEKKA’s Playhouse. He is a single-target melee troop that has a moderate amount of damage as well as hit points. It’ll cost you 3 Elixir to play a Miner card in Clash Royale.

You can play the Miner card anywhere in the arena, and wherever it is placed, the card travels to that particular part of the arena by digging an underground tunnel that prevents enemies or towers from inflicting damage upon him.

The Miner was first added to Clash Royale in 2016 as a legendary card. It has 14 levels and remains the only legendary troop that you can place anywhere in the Arena.

Who is the Miner in Clash Royale