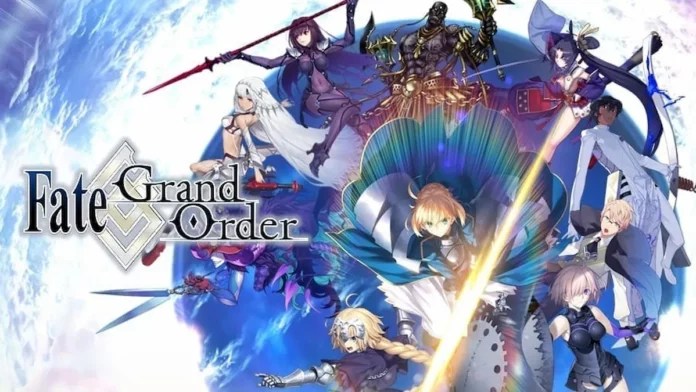 Fate/Grand Order is a free-to-play Japanese mobile game, developed by Lasengle and published by Aniplex. The game is based on Type-Moon’s Fate/stay night franchise and was released in Japan on July 29, 2015, for Android and on August 12, 2015, for iOS. An arcade version titled Fate/Grand Order Arcade was released by Sega in Japan on July 26, 2018.

The game is centered around turn-based combat where the player, who takes on the role of a “Master,” summons and commands powerful familiars known as “Servants” to battle enemies. The story narrative is presented in a visual novel format, and each Servant has its own scenario that the player can explore. Servants are obtained through the gacha mechanic.

Today we will be talking about arguably the best Servant in the game, Scáthach-Skadi.

A Servant, originally from the Scandinavian Lostbelt, who is completely separate from the Scáthach of Proper Human History. She is recognized as a god only in the Lostbelt, and her aspect as a queen is emphasized.

RELATED: Who is Oberon in Fate/Grand Order

Scáthach-Skadi manifests many characteristics of Skadi, the Norse giantess and goddess of the mountains who shares an origin with the Celtic warrior Scáthach. Rather than seeing her as a version of Scáthach in whom aspects of Skadi are prominent, it may be more correct to say that she is Skadi who possesses some of Scáthach’s attributes.

Skadi can be so powerful that she arguably introduces a new meta change, greatly increasing the viability of Quick Servants across the board with her targetable 50% Quick buff and Quick Card Critical Damage boost. The Quick boost also increases Noble Phantasm Gain, and in turn, Noble Phantasm refund for Quick-type NPs, which enables 3-turn loop setups.

Scáthach also comes with a targetable 50% Noble Phantasm Gauge boost, which any Servant would find useful. Her remaining skill provides a 3-turn DEF debuff against all enemies that also reduces their Critical Rate. Her Arts Support Noble Phantasm provides a 1-time Evade to all allies, along with a Critical Damage boost, a small Damage Cut, and an Instant Death Immunity effect.

If Scáthach-Skadi has a weakness, it is that among the Support Servants, she is likely the least durable, as her Noble Phantasm is her only means of mitigating damage. However, true to her title of the premier Quick Support, she can mostly end encounters so quickly that her lack of durability is not much of an issue.

Who is the Best Servant in Fate/Grand Order