Home Game Guides Who Is Jintoro in Raid: Shadow Legends 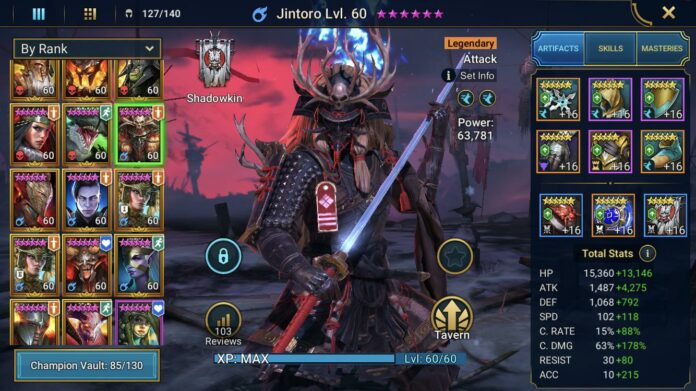 Raid: Shadow Legends is one of the most popular and interesting tactical RPGs to date. Millions of players from all over the world choose their heroes and fight in one of several unique game modes in the game. The number of playable characters in the game has long exceeded a hundred heroes, and for a novice player, it is becoming increasingly difficult to decide who to choose. In this article, we will try to help a little, and tell you about the Jintoro character.

Who Is Jintoro in Raid: Shadow Legends

Jintoro is an incredibly strong, offensive, 6-star character. This hero is legendary and belongs to the sinister Shadowkin faction, and uses magic in battle.

Due to his powerful skills, he can deal massive damage to his enemies, as well as attack much more often than any other character. In addition, he also imposes debuffs, due to which the enemies lose a significant part of the armor and attack power.

But still, this character has some disadvantages, namely his small amount of armor and health. Therefore, it is recommended to use it with heroes who can compensate for this disadvantage.

Using his powerful skills, Jintoro can become a good ally in any of the modes available in the game, but he will be most effective in the battle with the Clan Boss.

In the end, just add that if you manage to get this character, then be sure to use it in battle and it will help you reach new heights in the game.

Who Is Jintoro in Raid: Shadow Legends