Home Game Guides Who is Ereshkigal in Fate/Grand Order 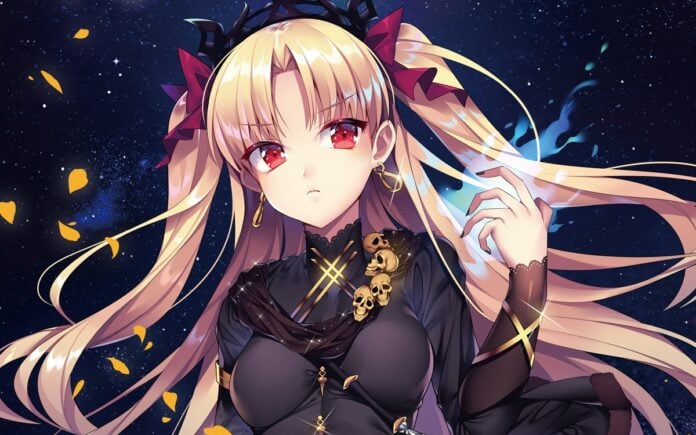 The game is centered around turn-based combat where the player, who takes on the role of a “Master”, summons and commands powerful familiars known as “Servants” to battle enemies. The story narrative is presented in a visual novel format, and each Servant has its own scenario that the player can explore. Servants are obtained through the gacha mechanic.

Today we will be talking about one of the Servants in the game, Ereshkigal.

The goddess of the underworld in Sumerian mythology. She wields a spear-shaped cage, capable of skewering her enemies, trapping souls, and summoning lightning at will. She is the ruler of the underworld and is to be feared. From the day of her birth, she was entrusted with the governance of the underworld. When the Age of Gods ended, she disappeared without ever knowing the surface world or freedom.

RELATED: Who is Asclepius in Fate/Grand Order

In this form, she has manifested not as the goddess Ereshkigal, but as a Pseudo-Servant whose vessel is the soul of a human girl (Tohsaka Rin) who shared certain characteristics with her.

Ereshkigal is excellent at wave-clearing thanks to her second skill – Mana Burst (Cage). This skill allows her to be used independently in day-to-day and event farming to great effect. Within a team setting, Ereshkigal offers a generous teamwide NP Gain buff, Max HP buff, and Defense buff for 3 turns with her third skill – Blessing of Kur. This skill also grants a unique status that ties into her Noble Phantasm – Kur Ki Gal Irkalla.

Despite all her great qualities and the sheer number of effects in her kit, the weaknesses still exist with this one. Ereshkigal suffers from a common issue plaguing many Servants: she is a Jill-of-all-trades, master-of-none. Despite that amazing Arts card, her NP Gain is rather irregular as she needs to draw that single Arts card and position it right to charge her NP quickly in long, drawn-out battles. Ereshkigal’s attack stat is also incredibly low for such a powerhouse, which makes her offensively relevant purely due to her offensive steroid skills.

Who is Ereshkigal in Fate/Grand Order