Home Game Guides Who is Dr. Slone in Fortnite? 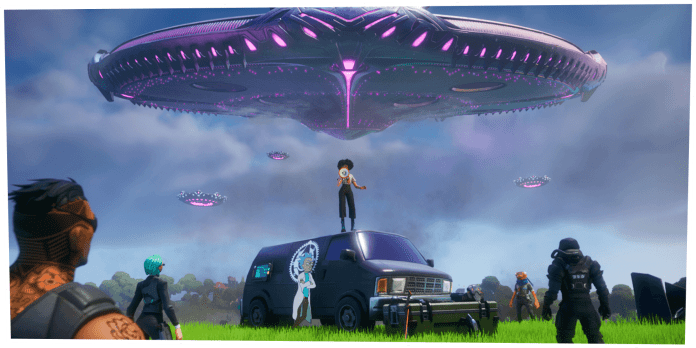 The story trailer for Fortnite Chapter 3 Season 2 revealed that the clash between the IO and the Seven has reached a boiling point and the two will do anything to defeat the other. While there were many familiar faces, one that is getting the most attention is Dr. Slone. Considered as probably the biggest threat, she will do anything to get the Zero Point. But who is Dr. Slone in Fortnite?

RELATED – Fortnite: How to Fund and Spawn the Armored Battle Bus

Who is Dr. Slone in Fortnite?

Earlier thought of as an ally and a friend, Dr. Slone is probably one of the most shrewd and dishonest enemies in Fortnite. She is a member of The Imagined Order, who wants to grab hold of the Zero Point and use it for nefarious purposes. She arrived on the island during Chapter 2 Season 7 and was also an Epic Outfit that could be obtained by purchasing all the cosmetics on page 8. It was revealed towards the end of Operation: Sky Fire that Slone isn’t working with us and was just using us as bait to get hold of the Zero Point.

During the Chapter 2 end event, we saw her experimenting on Jonsey and interrogating him in an underground bunker. Thankfully, the Foundation came to the rescue and helped save the day by flipping the entire island on its axis and giving us a brand new map for Chapter 3. It was previously thought that Slone was not able to escape the bunker and might have died. However, the latest story trailer for Fortnite Chapter 3 Season 2 showed her alive and well and ready to take on the Seven.

RELATED – How to get the Fortnite PlayStation Plus celebration pack

Who is Dr. Slone in Fortnite?