Home Guides Who is Dahja Cat in Fortnite? – Answered 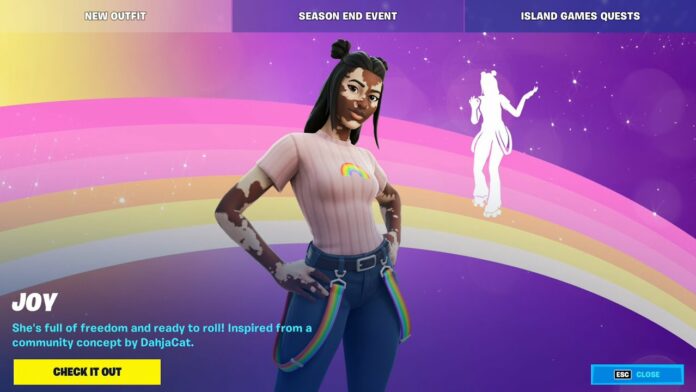 From being a simple PvE game to becoming one of the biggest battle royale games, Fortnite has grown massively over the years. The game is enjoyed by people across age groups around the world, and it has provided a stage where players can let their creativity run wild. On several occasions, community-created concept arts have even made it to the game. One of these concept artists is DahjaCat, and in this article, we will tell you everything about the Fortnite artist.

Who is Dahja Cat in Fortnite? – Answered

Dahja Cat is a teenage fan concept artist who primarily designs and comes up with Fortnite arts. He has been playing the game since late 2017 and wanted to be a professional gamer. However, Dahja had a huge interest in designing outfits for the game and started with editing screenshots and posting them online.

During the early days of 2020, Dahja used to be known in the Fortnite community as a “Fortographer” and would edit in-game screenshots to create variations of other characters. Epic added Dahja Cat’s Joy skin to Fortnite during Chapter 2 Season 7. According to Dahja, he came up with the skin’s idea during a session with his friends when one of his friends said “Imagine a skin with Vitiligo.”

The artist wanted Joy to be unique in her own way and embrace her beauty. The Joy skin was applauded by the community for its design and looks, and it is a great example of how creativity always finds its way.

Who is Dahja Cat in Fortnite? – Answered