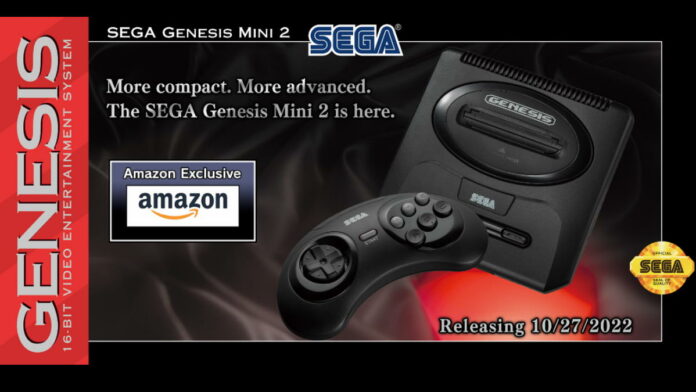 Originally announced about four months ago, the Sega Mega Drive Mini 2 only had a Japanese release window. After a few months of silence, the official Sega Twitter account announced that it will indeed be coming to North America as the Sega Genesis Mini 2.

The Sega Genesis Mini 2 will launch on October 27th, and it will include over 50 games, including the following:

More titles will probably be announced in the future before the official release. Needless to say, this is quite the line-up of hits, so if you are a fan of classic Sega titles, this is a must-own!

As was the case with the previous miniature consoles, we expect the Sega Genesis Mini 2 to sell quickly, so we highly recommend pre-ordering one if you’re interested.

Are you a die-hard Sega fan? Will you be pre-ordering and purchasing the new Sega Genesis/Mega Drive Mini 2? Let us know in the comments below!

Where to Pre-Order the Sega Mega Drive Mini 2