Home Game Guides Where to Locate the Giant Dragon and How to Beat Him in... 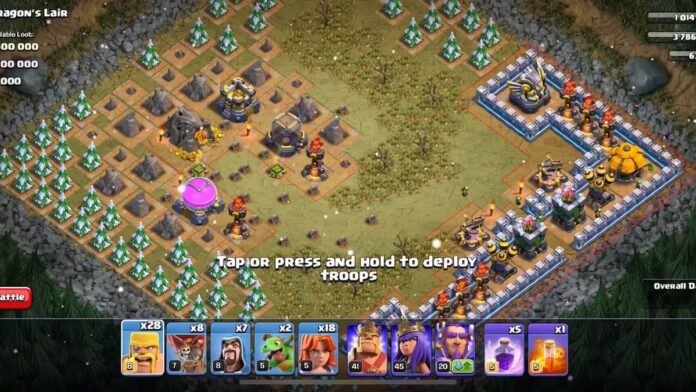 Clash of Clans is popular for its matchmaking system where players raid villages. But newcomers may not know how to raid a base, deploy troops, and do all sorts of such things. For this, Supercell has provided Single Player Campaign to let beginners practice.

Locate the Giant Dragon in Clash of Clans

Giant Dragon is located at the last level of Single Player Campaign, titled Dragon’s Lair. To unlock this level, players will first have to clear Besieged base. On raiding Dragon’s Lair, players notice a weird structure named Dragon’s Cave, where the Giant Dragon resides.

Also Read | How Does Clash of Clans War Matchmaking Work?

How to defeat the Giant Dragon

Dragon’s Lair is the most challenging base in Single Player Campaign. On top of the Giant Dragon, players will have to take care of 2 eagle artilleries, 8 inferno towers, 2 x-bows, 2 air defenses, 2 archer towers, and loads of traps.

Watch the above video by YouTuber Gaming with Harman to know the strategy for defeating Giant Dragon. This tutorial is for townhall level 9, but will also work with higher townhalls. Since there is no timer, players can take their sweet time to defeat the most challenging level.