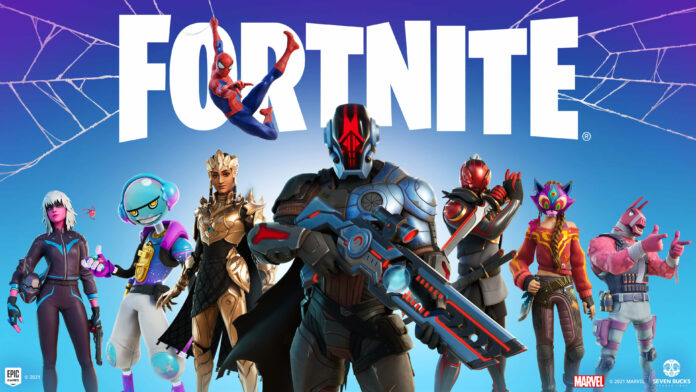 Fortnite Chapter 3 Season 1 is already up and running and players have been enjoying the thrill ever since. There are tons of cool weapons and equipments that you can get this period in the game that can help you dominate In a match.

So in this article we’ll be guiding you on how you can get The Dub in Fortnite Chapter 3 Season 1. But first off, let’s tell you just how good The Dub is.

Any enemy or opposing player that’s shot with The Dub will instantly be pushed backwards as well as the one who fired the gun (unless you were crouching when you fired the shot).

How to get The Dub

You can’t get The Dub by simply playing the game and opening loots or cheats or even supply drops. You can only get The Dub by eliminating an opposing player who has it and looting it off of them.

The Joneses is a popular drop location in Fortnite and you can locate Bunker Jonesy on the south side of The Joneses wandering in front of his trailer. If you head straight, at the beginning of a match, you’ll find it but be very well prepared to battle other tough players.

Once you’ve successfully killed and stolen The Dub from another player, you can then use it yourself. The weapon is best used at a very close range so you don’t miss your target. It’s a fantastic weapon to use if you’re exploring a large and complex building with enemies around.

One shot could put down an enemy so it’s perfect for blasting your way around The Daily Bugle for instance. You can also use The Dub to knock enemies into high falls and hazards or use the knockback feature to launch yourself to places you couldn’t reach.

Where to Get The Dub in Fortnite Chapter 3 Season 1