Home Guides Where to find Whopperflowers in Genshin Impact 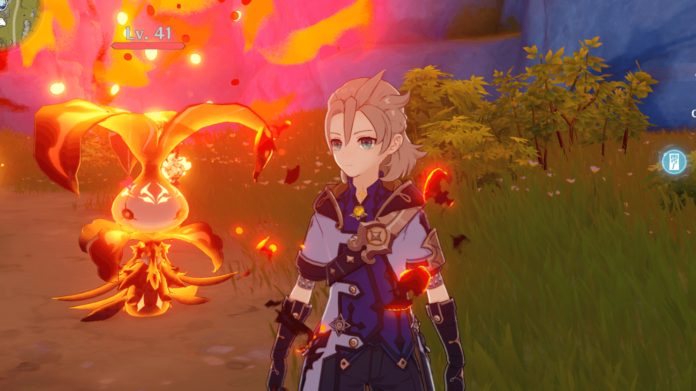 The Whopperflowers are one of the many plant type enemies in Genshin Impact, that drops rare crafting and character ascension items called Whopperflower Nectar, Shimmering Nectar, and the Energy Nectar(depending on the level of Whopperflowers). It is used in crafting weapons like Blackcliff Warbow, Deathmatch, Favonius Warbow, etc.

In Genshin Impact, the Whopperflowers are one of the most important enemy types – as the three Nectars are also used in ascending some of the best playable characters of the game, including – Keqing, Mona, and Sucrose.

Whopperflower Nectar is an item that is used for crafting more than ten weapons, one four-star and two five-star playable characters, and that shares many uses in Alchemy – this makes it an item in Genshin Impact – that players must farm a lot.

Keeping that in mind, we have prepared a guide that shares the location of Whopperflowers and how players can find them in Genshin Impact – to farm the drop items – Whopperflower Nectar, Shimmering Nectar and the Energy Nectar.

Note – You can repeat this process again and again to farm Nectars.

In the above map, you can see a whopperflower location was added near Luhua Pool. Teleport to the nearby waypoint and make your way to the marked location.

There you can find around two Pyro whopperflowers – kill them, depending of their level you will get the different Nectar’s.

At current, Genshin Impact has two major regions unlocked, namely – Mondstadt(starting region) and Liyue. Here is a complete location map for Whopperflowers in both regions.

The Whopperflowers are a common enemy in Genshin Impact, you can find them while exploring, and by using the above map you can cover each location based on your preference and ease. But, if you’re having a hard time finding the Whooperflowers based on the above map – then please refer to the video mentioned below.

Though pinpointing the location of Whopperflowers using the adventurers handbook is a lot faster then referring to a map or video. So, if you want to save time – just used the first method to farm Whopperflower drops.