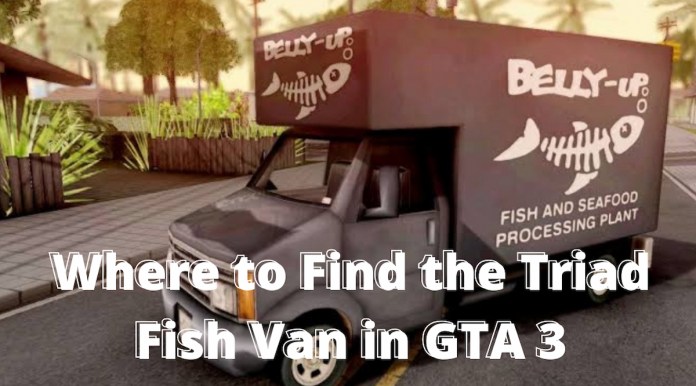 At the early stages of Grand Theft Auto 3 a couple of the main story missions will require you to find and use certain vehicles before you can clear the missions.

In this brief guide article we’ll be showing you how to find the Triad Fish Van either to be used in the Triads and Tribulations mission or stroll around Triad dominated streets without being shot at.

Like many other gang specific vehicles in GTA 3, the Triad Fish Van can only be found in Portland Island and in areas where the Triads have dominated. In GTA 3, a couple of missions will require you to find and use a Triad Fish Van with one of the first being the Triads and Tribulations mission. And if you have a hard time spotting Triad gang members, they’re always in plain blue clothes as seen below.

After being sent on a mission by Toni to teach the Triads some lesson, you’ve been tasked with wasting a couple of them. Triads can be found in Chinatown and wherever there’s a Triad, there’s a chance you’ll come across a Triad Fish Van as well.

The Triads have a hideout in Portland. Like a manufacturing base where you can only be allowed to enter if you are driving a Triad Fish Van. So if you need the vehicle on a mission that requires it, or you simply want to access the Triads hideout, you can find the Triad Fish Van vehicle in Chinatown.

The vehicle design makes it very easy to spot and recognise as you can tell by the large fish paint on the side of the van with a write-up that says Belly-Up.

Well there you have it for our brief guide on finding the Triad Fish Van in GTA 3. If you’re lucky, you may not need to drive all the way to Chinatown to find one as they can be easily spotted in several parts of Portland Island.

Where to Find the Triad Fish Van in GTA 3