Home Game Guides Where to Find the Secret Spiked Room in the Cement Summit Mission... 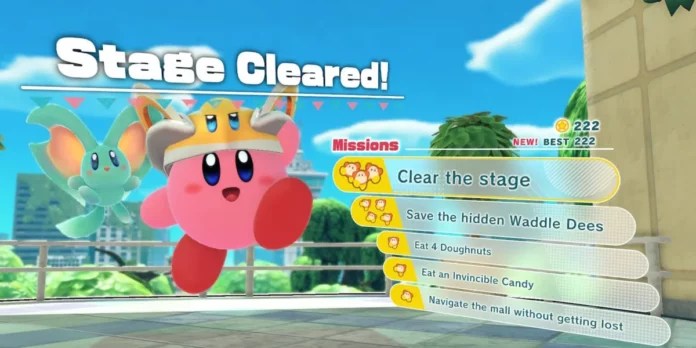 The Kirby series has hit massive levels of popularity over the years due to its fun gameplay mechanics and quirky characters. The story of the game consists of multiple missions to progress through the story. Today we will be talking about one of those missions, the Cement Summit Mission.

Scale the Cement Summit is the third stage of the second world, Everbay Coast. There are five objectives to complete in this stage in order to find every Waddle Dee in The Cement Summit:

Since this is not a boss level, there are no additional boss rewards for completing this stage.

One issue that players have been facing is the spikes in the Secret Room objective in this stage. The room can be accessed via a secret side door. To get there, players need to go from the pool down towards the camera and along the walkway, finally entering the red door.

To resolve the spikes issue, players need to simply glide across the spikes in the room with the Tornado ability, bouncing off walls and finally making it through the room. If the player does this perfectly without taking damage, they will be awarded a Waddle Dee for their efforts.