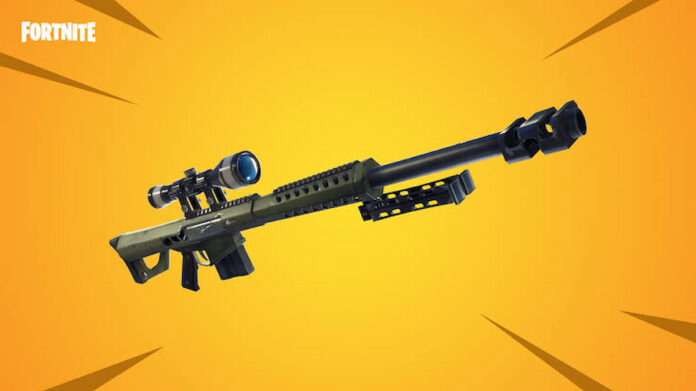 Epic Games continue to bring new and exciting weapons to Fortnite updates and players can’t seem to get enough of these cool new and powerful guns. We’ve had new equipments, armour, and various other new items added to the game in the recent update that keeps the gameplay refreshing.

So in this article we’ll be guiding you on where to find the Heavy Sniper Rifle in Fortnite.

As aforementioned, Epic are constantly bringing an arsenal of weapons that players will most likely want to get their hands on almost instantly, and the Heavy Sniper Rifle is the newest addition to the list of sought weapons in Fortnite.

It’s a heavy and big weapon with enough power to struck down weak enemies in one single shot. If you manage to get your hands on the Heavy Sniper Rifle, it’ll terrify your enemies if they realise you have it in a match.

So, Where to Find the Heavy Sniper Rifle in Fortnite

The weapon is also good for destroying vehicles as well. It does bonus damage to all vehicles in Fortnite, from cars to tanks.

Where to Find the Heavy Sniper Rifle in Fortnite