These IO outposts consist of a couple of bunkers, large drilling equipment, tents, and a few other things. Since the update to the map has been released, the first IO Driller is available in the game, and more will be arriving soon.

However, as the locations for the Drillers have been changed, finding these IO Drillers is not the easiest task in the world. This is why we will be talking about exactly where to find the first IO Driller in Fortnite Chapter 3 Season 1.

As of now, there is only one IO Driller available for players to find on the map of Fortnite Chapter 3 Season 1, with new Drillers most likely arriving into the game in the next couple of days.

Those who want to keep a keen eye on IO’s initial appearance during Chapter 3 need to find the first IO Driller added into the game. To do this, simply head towards the east of Logjam Lumberyard, and head into a small valley situated between some hills.

Here, you will spot two IO guards sporting Rare SMGs. Around them is an IO crate, as well as the IO Driller. From the looks of it, it seems like the IO guards have dug themselves out of their bunkers using the gigantic drillers.

What happens from here on? We will just have to wait and watch to find out! 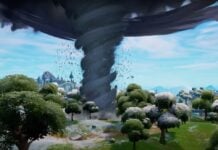 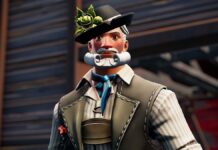 Where is Ludwig in Fortnite Chapter 3 Season 1? 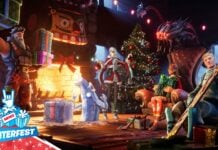 Where is the 15th Present in Fortnite Chapter 3 Winterfest? – Tips and Cheats