Home Game Guides Where to Find the Anvil Rocket Launcher in Fortnite: Locations and More... 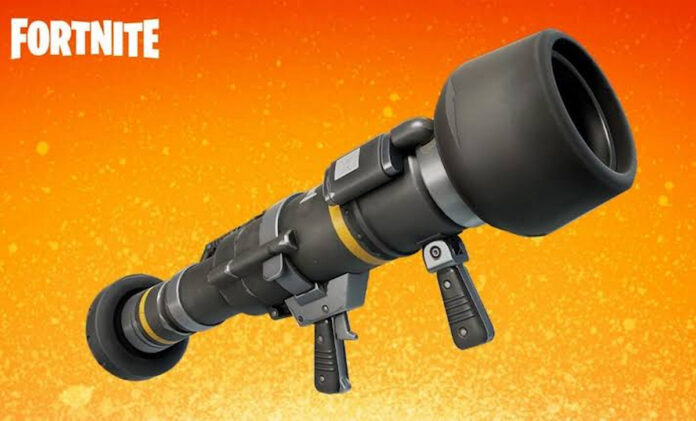 Chapter 3 Season 2 of Fortnite now allows players to take down armoured battle busses and tanks easily using the Anvil Rocket Launcher. The massive weapon has finally become available for use in all of the game’s core game modes.

The Anvil Rocket Launcher allows players to lock onto vehicles or locations, making it easy for them to target. It’s also capable of dealing a lots of damage to more than one enemy. With such prowess, the launcher is not an easy weapon to get.

So in this article we’ll be guiding you on how to your hands on the Anvil Rocket Launcher in Fortnite Chapter 3 Season 2.

You can only get the Anvil Rocket Launcher by opening chests and Supply Drops. There’s also a chance of getting it from eliminating Loot Sharks. It can deliver a damage of 600 to tanks and up to 110 against other players. The Anvil Rocket uses standard rocket ammo, which is usually found in all chest types as well as ammo crates.

The rocket launcher comes in three different rarities (Rare, Epic, and Legendary). Although the difference between them will be hard to spot as there’s only a span from 100 to 110. The Legendary Anvil Rocket Launcher however, can reload about half of a second faster which is 3.24 seconds.

Where to Find the Anvil Rocket Launcher in Fortnite: Locations and More Info