Home Game Guides Where to find the Animal Sand Sculpture in the Abandoned Beach Mission... 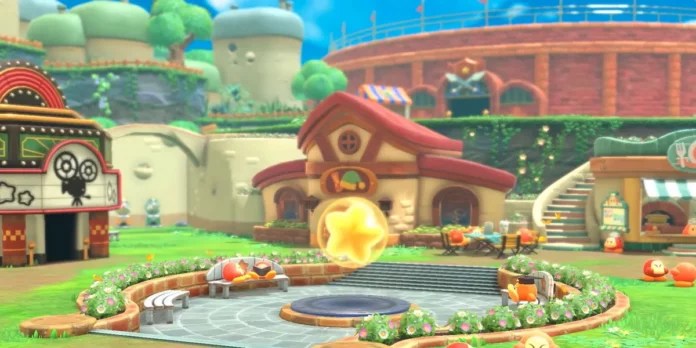 The Kirby series has hit massive levels of popularity over the years due to its fun gameplay mechanics and quirky characters. The story of the game consists of multiple missions to progress through the story. Today we will be talking about one of those missions, the Abandoned Beach Mission.

Since this is not a boss level, there are no additional boss rewards for completing this stage.

One issue that players have been facing is finding the Animal Sand Sculpture. Thankfully, it is not too difficult to find if players look around carefully. It is found at the very end of the second area of this stage, specifically past the exit doorway that is guarded by two orange Scarfys.

Getting past this will lead to a sandy area overlooked by three orange boxes in the cliff. This is the precise location of the sculpture, which turns out to be a sand sculpture of an Awoofy. To destroy it, players need to simply hit it with any attack, thereby completing this objective.