Home Game Guides Where to Find Remote Explosives and How to Use Them in Fortnite... 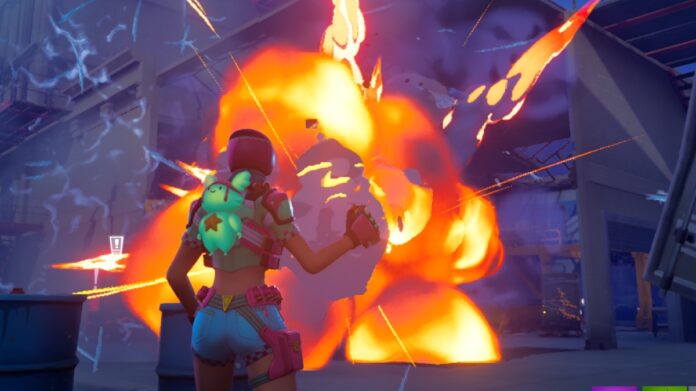 Remote Explosives in Fortnite were introduced in 2018 and have been vaulted and then unvaulted a few times since then. They have recently been reintroduced for Chapter 3 and are part of a season 2 challenge to destroy structures. Remote Explosives, also known as C4, can be used as a trap-type weapon or can be just thrown and detonated at will. They come in stacks of 3 and players can hold up to 6 stacks at a time. The base damage of these explosives at back down to 60, after their increase to 70 during an earlier patch. Find out more below!

Remote Explosives can be found randomly around the island where one would normally find a weapon or consumable: in rooms within buildings, by trees, etc.

They can also be found in chests and supply drops:

Remote Explosives can also be found by purchasing them from NPCs (non-playable characters) in exchange for Gold. They aren’t too difficult to find for free in other places, so it is not really worth buying them from NPCs unless you are desperate or have Gold to spare.

Peely at The Daily Bugle

Using the Remote Explosives is simple and fun! Hold down the action button to aim your throw at a specific place, or just ‘fire’ to throw it in the direction you are pointing.

They can be removed and placed elsewhere if needed:

Once they are in place, you can detonate them, destroying structures and damaging opponents and vehicles.