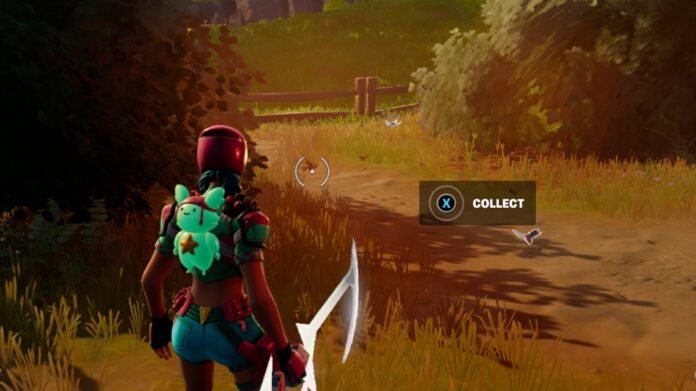 Firefly Jars are an explosive throwable item in Fortnite. They were first introduced in Chapter 2 Season 3, the season where the island was flooded, Loot Sharks appeared, and Aquaman featured in the Item Shop. Firefly Jars are an underrated item which, when used correctly, can cause some serious damage. Find out more below!

Firefly Jars can be found as Floor Loot or foraged in woodlands, and players can carry a stack of 6. As Floor Loot they can be usually found in stacks of 3. When thrown at a player they cause 40 body damage plus 15 damage every second the player is caught in the flammable area. It is the same for wooden structures: when thrown at a structure the Firefly Jar causes 40 damage, spreads, and then causes 15 damage to each area it touched for 15 damage per second.

Firefly Jars can be foraged in many woodland areas. Players must look out for areas that are glowing orange. To collect the fireflies, players must interact with the orange glowing area which collects the fireflies in a jar. Usually there are between 4 and 8 patches of Firefly Swarms to forage from in these areas.

The best place to find multiple Firefly Swarms are near the barn between Sleepy Sound, The Daily Bugle, Coney Crossroads, and Shifty Shafts:

In this area there are swarms near the trees by the river:

There are also swarms among the bushes by the barn:

If players have a quest or challenge to collect Fireflies, or to ignite structures, this is a great area to land and collect what is needed. The barn also has a chest and at least one ammo box, plus a chest in one of the bushes, which is helpful.

There are other areas to collect Firefly Jars, of course, but that is the best place to gain many at once. Good luck!

Where to Find Firefly Jars in Fortnite Chapter 3 Season 2