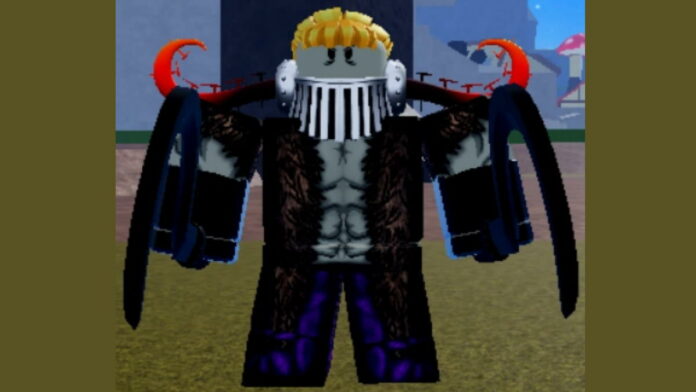 If it wasn’t already clear, Captain Elephant is located within the Third Sea, the new area added in update 15. You’ll need to be at least level 1,500 in order to access the Third Sea, so you’ll have to grind up a few levels if you’re behind.

Once you hit level 1,500, you’ll automatically receive a system message telling you to go talk to an NPC jailed in the Colosseum. Head there, and go down to the prison area. Look for an NPC named King Red Head.

He will explain the situation to you, and he’ll ask you to disrespect rip_indra for him. Accept the quest, and you’ll be teleported to a small island where you’ll have a duel with rip_indra. Be careful, as he is quite strong!

Once you defeat him, watch the cutscene, and you’ll get a letter from King Red Head. He’ll notify you that he’s now trapped in the Third Sea, and then tells you to speak with Mr. Captain at the docks. Mr. Captain will ferry you off to the Third Sea!

This will begin your quest line to help King Red Head in the Third Sea. This quest line will take you from island to island, with one of the islands being Floating Turtle, which is literally a giant, living turtle with a city on its back!

Related | Blox Fruits: ‘An Unknown Being Has Entered This World’ Message Explained

The central hub of Floating Turtle is the big Mansion. Go there, and then when you head out of the Mansion, hang to the left. You’ll know you’re going the right way if you see some giant red mushrooms, so go towards them, and you’ll reach a dirt area with some trees of varying sizes.

Captain Elephant is usually hanging around this area, so if you don’t immediately see him, wander around for a bit, and eventually you’ll run into him. There’s a good chance that another player will already be fighting him, so if you hear a lot of commotion, check out the source of the sound, and you may find him.

That concludes our guide on where to find Captain Elephant in Blox Fruits. If you have any other questions, let us know in the comments below!

Where to Find Captain Elephant in Blox Fruits