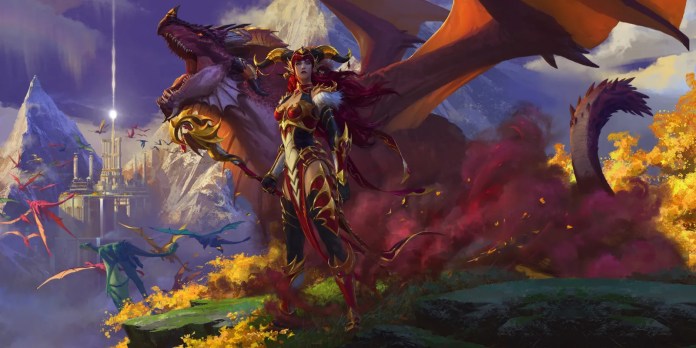 World of Warcraft: Dragonflight, is the ninth expansion of the long-running fantasy MMORPG that has introduced many interesting features like the Dragon Isles, a new environment, and the ancestral home of the Dragon Aspects including a new playable race in the game known as the Dracthyr.

There’s also a new Dracthyr-exclusive player class titled the Evoker which is the first race and class combination to come to World of Warcraft and allows players to switch between a human-like appearance and an anthropomorphic dragon-like form. So in this article, we’ll be guiding you through how to find Ancient Protector WoW: Dragonflight.

So in order to spawn the Ancient Protector in WoW Dragonflight, players will need to collect five Unstable Matrix Cores as they drop from the Titan Defense Matrix mobs in Tyrhold. Also, the summoning component is guaranteed to drop for all party members to collect, so players do not have to worry about grinding too little to collect them.

Players ought to know that the Ancient Protector is a rare elite mob, which means she could be troublesome to use in fights for some players who aren’t playing with a group.