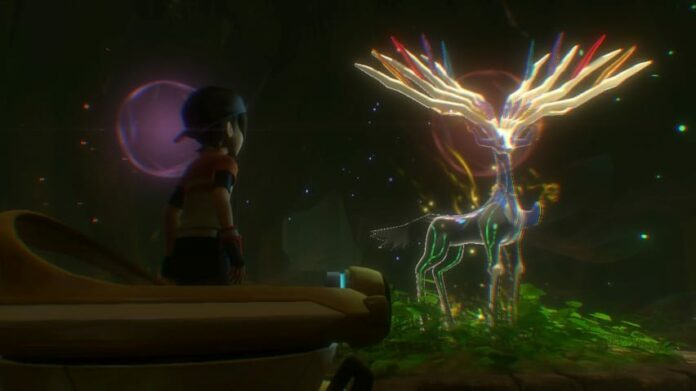 Catching them all is everything Pokémon is about, and while you really cannot catch Pokémon in New Pokémon Snap, you will still be traveling far and wide in the Lental region to snap pictures of different creatures to eventually fill out the Photodex. And, as you might expect, there are some difficult-to-find Pokémon that will require some effort on your part to find.

Here’s how to find all the Legendary Pokémon in New Pokémon Snap.

Where To Find All The Legendary Pokémon In New Pokémon Snap

Celebi can be found in the Elsewhere Forest, right at the end of the course. This Pokémon is fast, so be ready to snap a picture of it as it speeds right in front of your eyes!

Diancie is located in the Outaway Cave, but you will only get access to the area it is in after reaching Research Level 3. As you play through the course, you will get to the area with the waterfall: take the alternate route, and then look at the area with the crystals feature two Carbink and a Mawille. Throw Illumina Orbs at them to make Diancie appear.

Ho-Oh can be found in the Fireflow Volcano, but only at Research Level 2 and higher. The Pokémon can be found flying the sky to the right of the first area, right past Charmander, as well as in the second area. There will be times when the Pokémon will not appear, so just play the course again until it does.

Jirachi is easily spotted, and easily snapped, at the beginning of the Ruins of Remembrance. The Pokémon can be seen floating around together with Edelgoss, so it is hard to miss.

Lugia, like Ho-Oh, is one of the most elusive Legendary Pokémon featured in New Pokémon Snap, requiring you to reach Research Level 2 for the Lental Seafloor – Undersea course and unlock its alternate route. Once you do, you will end up in a cavern with a Lanturn. Throw an Illumina Orb at it, and keep an eye on the ledge of the cavern to spot Lanturn again getting attacked by the Frillish nearby. Throw another Illumina Orb at the Lanturn to help him and make it guide you to a secret area where Lugia can be found sleeping. Throw Illumina Orbs at the Crystabloom nearby to wake it up.

Manaphy can be found in the Maricopia Reef evening course once you have reached Research Level 2. To snap pictures of this Legendary Pokémon, you need to reach the end of the course and scan the area behind the Lapras to the right. After this is done, throw Illumina Orbs and use the Melody Player to make them sing. Once all Lapras are engaged, Manaphy will appear among them.

The very first Legendary Pokémon in the series is located in the Founja Jungle night course. At the very beginning of the stage, turn around and use the Melody players to make a pink ball appear. Just throw Fluffruit at it to make Mew appear.

Shaymin can be found in the Florio Nature Park. Once you can play through the course at night, you will find the Pokémon right at the beginning to the right, up the sign where Scorbunny is. Alternatively, you can find Shaymin at the Florio Nature Park Illumina Spot, where Meganium is looking around. Throw Illumina Orbs at the top of the cliff to make Shaymin appear.

Suicune is located in the Shiver Snowfields night course, but you will get the chance to take a picture of it only after achieving Research Level 2. Once you do, you need to unlock the alternate routes in both the day and night courses first. Once this is done, you will find yourself inside a cave with a Jynx and an Avalugg to the right. Throw an Illumina Orb at the Jynx to make it catch it, and keep focusing on the cliff to the right to see Suicune appear from behind the cliff.

Xerneas is impossible to miss, as you will meet it right before completing the game’s story in the final Illumina Spot in the Ruins of Remembrance.

Where To Find All The Legendary Pokémon In New Pokémon Snap