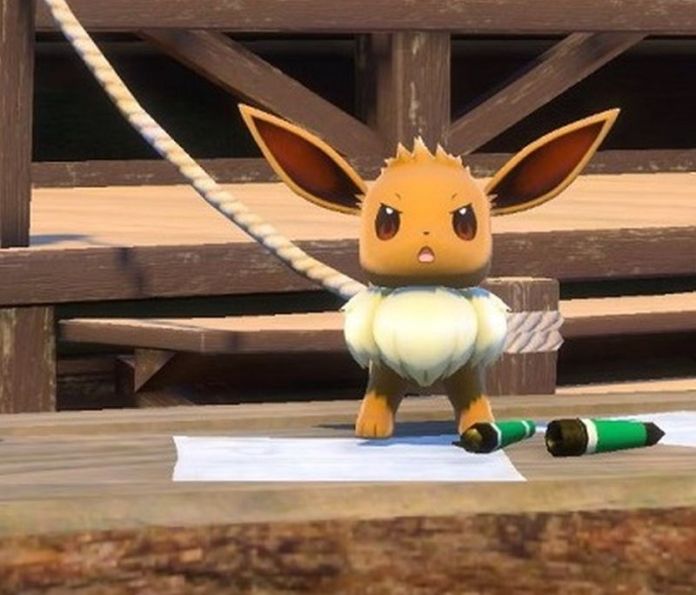 Eevee is a Pokémon that needs no introduction, as it has become so popular over the years that it has become the poster face for the remakes of the original Pokémon games. With such high popularity, it was not surprising to see it appearing in New Pokémon Snap together with its many unique evolutions.

Here’s where to find Eevee and all of its evolutions in New Pokémon Snap.

Where To Find All Eevee Evolutions in New Pokémon Snap

You won’t have to go far to be able to take a picture of one of the cutest Pokémon around. Eevee can be found in your research camp, as it belongs to Professor Mirror, so you can take a photo of him as soon as you get the ability to do so early in the game.

Espeon can be found in the Elsewhere Forest once you reach Research Level 3 in the area. The Pokémon appears as soon as you start the level, so it is very difficult to miss.

Flareon can be found in the Fireflow Volcano, but you won’t find it the first time you go through the stage, as you need to reach Research Level 3 in the area. Once you do, you will be able to spot the Pokémon in a few different locations without even trying, so you won’t have trouble taking some photos for your Photodex.

Glaceon, like most of the Eevee evolutions in New Pokémon Snap, can only be found late in the game. Start by getting the Shiver Snowfields Research Level to 3, then play through the stage until you go past the point where a few Mamoswine are located. Right before entering the cave, look towards the mountain and you should spot Glaceon.

Jolteon is located in a secret area found in Outraway Cave that can be unlocked only after reaching Research Level 3. Play through the stage until you reach the area with the Geodude and the Croagunk. Here, throw Illumina Orbs at the Pokémon to make Diancie appear, throw another Illumina Orbs and it will move out of the way, granting you access to the secret area where Jolteon is located.

Leafeon is located in Founja Jungle, but will only appear once you reach Research Level 3 for the area. The Pokémon is visible pretty much during the entirety of the stage, so you won’t find it difficult to take some nice pictures of it.

Sylveon can be found in Florio Nature Park at night after reaching Research Level 3 for the area. After this is done, play the stage until you get to the area with the sleeping Torterra. Wake the final one you see with an Illumina Orb to make it move out of the way and reveal Sylveon.

Umbreon will be among the final Eevee evolution you will be able to find, as the Pokémon is located inside the Ruins of Remembrance, and will only show itself once you reach Research Level 3 for the area. To make Umbreon appear, you will have to reach the area with the crater, throw Illumina Orbs to make the Noivern move out of the way and then throw any item in your possession to make Umbreon appear.

Vaporeon is going to be the last Eevee evolution you will find, as it located in the Maricopia Reef area at night, which can only be accessed after completing the main story. To find the Pokémon, you will have to scan the area past Machamp’s rock. Once prompted to scan, do so and play some music to make Vaporeon jump from the water.

Where To Find All Eevee Evolutions in New Pokémon Snap